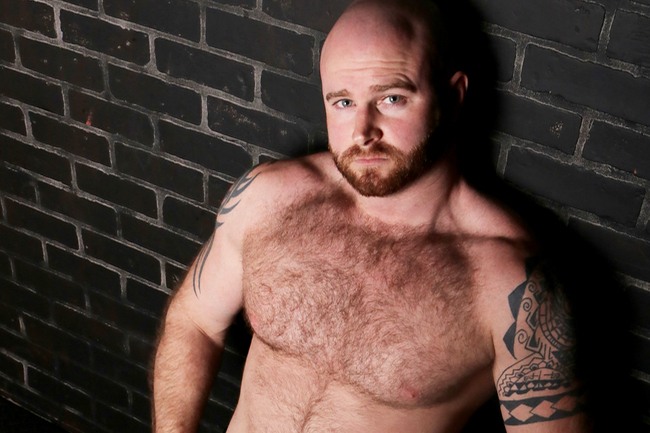 Winter is a memory, and Atlanta Bear Pride is coming out and coming for you this weekend. The annual festival packs its schedule with gay men, parties at multiple venues, food, booze and music from Friday night all the way until the wee hours of Monday morning.

“Atlanta Bear Pride is a celebration, a celebration of bears and bear lovers from all over the world, coming together to express their pride of whom they are,” says Alan Collins, general manager of Heretic and cofounder of Bear Pride.

“It is also an invitation for others to step out of their comfort zone and get to know a different culture within our community,” Collins adds. “The bears are a welcoming, friendly, loving group of guys that just want to have a good time.”

Now in its fourth year, Atlanta Bear Pride keeps getting bigger, stronger and furrier, expanding its scope of venues and entertainment options. It’s an accomplishment that Collins proudly acknowledges.

“We have grown so much,” he says. “The first year, which typically would be difficult to have good numbers, surprised the crap out of us, and it has grown every year since, almost doubling last year. The response we’ve gotten for this year kind of scares me!”

The increase has a lot to do with the type of events, and most importantly, the talent, according to Collins.

“My cofounder Matt Mikesell [of the Bearracuda party series] and I are both experienced veterans in the nightlife industry, and we know, you’re only as good as your last party, so we keep raising the bar.”

“We’ve had some great talent in the past, but this year blows my mind a little,” Collins teases. “We have the one and only Ruby Redd, two amazing local DJs Mike Pope and Stan Jackson, adult film star Atlas Grant, DJ J Warren, DJ Nina Flowers and DJ Tony Moran.”

Make sure to get at least a couple hours of sleep, because Bear Pride is back on Saturday afternoon with the Bear Bust Cook Out on Heretic’s patio. That night sees the Bearracuda main event with DJ Tony Moran, another after hours swinger at Manifest4U, and J Warren at Xion from 3 a.m. until sunrise on Sunday.

Sunday adds an event and a new venue to the festivities this year. Blake’s opens its doors for Bear Bites, a free lunch for Atlanta Bear Pride attendees.

“We wanted to step out of our comfort zone and include an event at a venue you wouldn’t normally think about when hosting a bear event,” Collins says. “Alan, the owner of Blake’s, is so excited and can’t wait for the bears to come and play with his crowd. He’s even feeding the bears for free!! And you know we love to eat!”

But that’s not nearly all. Sunday also includes Bears & Beers at Woofs, and the Bear Pride party continues at BJ’s with an underwear party on Sunday night. Manifest4U opens its halls to the crowd again late that night.

First-time attendees, no matter their styles, can all find something in the packed weekend schedule. Collins assures us that there is plenty of bear action for everyone.

“We’ve got so many great events planned it’s hard to pick,” he says. “If you’re an early-to-bed day gay, I suggest Woofs on Friday, Beer Bust Saturday afternoon, Bear Bites at Blake’s on Sunday and Sunday Funday at Woofs.

This article originally appeared in Q magazine. Pick up your copy around town, and read the digital version below: