Beach about it: Pensacola tips for gay Atlanta 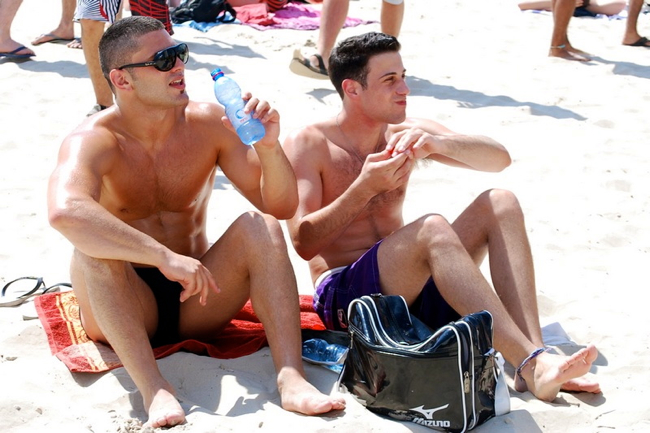 Double workouts for maximum swimsuit appeal may be top-of-mind, but gay Atlanta’s mass exodus to Florida for Memorial Weekend requires more. Experienced Pensacola Pride party people make sure you’re prepped. The trip that was once tradition for mostly gay boys – check out the lineup for Johnny Chisholm’s annual five-day Memorial Weekend in Pensacola including DJ Joe Gauthreaux -- is now very much for gay girls, too. Pensacola Unleashed features Indigo Girl Amy Ray and “The Voice” finalist Beverly McClellan. But the big news for locals is that, for the third year, Atlanta’s own lesbian stalwart My Sister’s Room is in the thick of things with its don’t-miss Sexacola Beach series of parties starting Thursday and going non-stop through Sunday at Capt’n Fun’s Beach Club right on the water. A third of My Sister’s Room’s Pensacola guests last year were guys, so all are welcome, says Jennifer Maguire, aka emcee Chase Daniels, co-owner of MSR. “We have something for everybody – comedy, drag, fire blowing, wet t-shirt contests, glow party, Goddess and She, the Maria Gabriella Band, sexy go-go dancers, Gigi Monroe, Brent Star, Genre and the best DJs in the country, and of course the White Party on Sunday,” Maguire says. “This is going to be insane!” It may be insane in a good way, but here are some tips to keep long, hot days on the beach and long, hotter party nights from getting insane in the bad way.

Sunburns don’t just hurt and serve the wrong look. They’re dangerous. Besides applying and remembering to re-apply that high-SPF skin-saver, bring aloe and maybe even a first aid kit in case you lose your head and forget. My Sister’s Room will have four huge tents on Pensacola Beach during the days for a respite from the sun, dancing to DJ beats and last-minute ticket sales to their nighttime events.

It’s tempting to overdo it, but monitor your alcohol intake during the day. Bring plenty of water and snacks to balance out the booze. “Trust us; it helps,” Maguire says. Did you “forget” again? Bring Pepto, Tums or your antacid of choice, she adds.

Nothing’s less cute than being the drunkest, most sunburned wretch at the all-night parties. You may want to go 24-hours a day, but wise up and take the time to rest between beach and beats. You’ll be fresh as a daisy, and after all, “You will need it to keep up,” the MSR guru warns.

Those who go often know, and those who don’t need to: Don’t park your car on the beach; you’ll get stuck. Yes, you will, so don’t argue. Also, if your hotel is not close to the beach, leave by 10 a.m. if you’re driving. Why? “They do close down the roads once it’s too busy,” Maguire says. Word to the wise.

You’re already halfway there and dressed for it, so why not extend your trip and head South? Pack a red shirt for Gay Days in Orlando, which includes Mark Baker’s Wonder World parties for boys, and Girls in Wonderland events for the lesbian Magic Kingdom revelers.