Bare your briefs for another Eagle rally 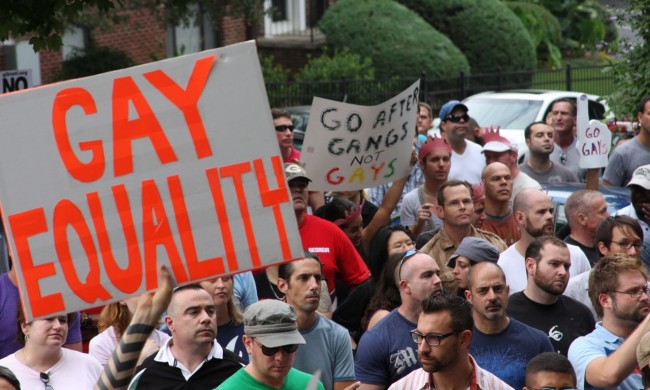 Let’s get ready to rally. The angst and anger over the Atlanta Police Department’s raid at the Eagle six weeks ago continues to simmer. So slip on your underwear for a protest Wednesday.

Supporters of the bar and the eight men arrested during the raid will gather Wednesday in the heart of Midtown for an hour to keep attention focused on the Sept. 10 incident. And in a nod to the infamous “Underwear Nights” at the Eagle, organizers of the rally are asking particpants to bare their briefs (or boxers).

“[The protest is] in honor of the Eagle and patrons since they’ve had to cancel underwear-related events for fear of another APD overreaction,” says Laura Gentle, an organizer of the protest. “The community has got to stand in solidarity with Eagle and patrons to make sure the City of Atlanta knows these kind of ill-orchestrated raids will not be tolerated.”

The Eagle raid resulted in eight arrests, two protests, calls from elected officials and political candidates for an investigation into police tactics, a public forum with police and LGBT activists and a public flap over grand marshals for the upcoming Pride parade.

View the full event listing for the protest.