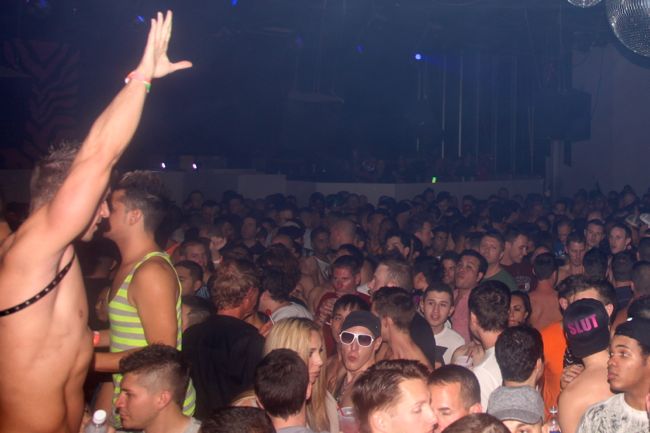 Voters care about drag queens and gay bars. A lot. No, not Tuesday’s election. As races heat up in our Bestest of the Best of Gay Atlanta contest, write-in candidates are challenging and in some cases overtaking perennial nightlife favorites.

Our just-for-fun contest so that we can have a party on Nov. 15 is going nuts when it comes to Bestest Nightlife. Even more than the razor close races in our People & Community battles, who’s on top among queens and cocktails is an hour-by-hour affair. So keep voting or join the ballot frenzy.

Currently trying to run away with two races as a group, the Armorettes have an internal battle brewing. Write-in candidates for Bestest Drag Queen are in a several-way tie right now between former and current Armorettes. Can you say Edie Cheezburger? Tons of our voters can. The Other Show diva and more Armorettes are bearing down on Bestest Drag Queen early favorite Ruby Redd.

Some Atlanta Sisters of Perpetual Indulgence and a few of Atlanta’s glamour queens are also in that packed field, but voters may want their favorite bar to win even more across multiple Bestest categories. Bestest Overall Bar? It’s an age-old gay question: Blake’s or Burkhart’s? But look out. Coming up fast is Mary’s, which is also in a neck-and-neck race with Cockpit for Bestest Bar Off the Beaten Path.

Yes, you may still be able to agree on where to dance (photo) and where to pick up lesbians, but who has the Bestest Theme Night? It’s your dream scenario: a big gay five-way with a spry up-and-comer bringing up the rear. Armorettes looked to have it clinched early on, but right now DJ Vicki Powell’s Sunday Service at Sister Louisa’s Church has a too-close-to-call lead over the camp drag crazies, Bedlam Presents and every Jungle event ever. Gay comic Ian Aber’s Laugh Your Balls Off comedy night at Cockpit is coming up fast. No wonder all of them are always among the Best Gay Things To Do in Atlanta This Weekend.

Girl! It’s tight! Where can I get a stiff drink? Glad you asked. Swinging Richards was the hands-down winner in local LGBT print publications this year, but apparently Amsterdam has slightly more fans of its Fishbowl specials among Bestest Strong Drink voters who’ve cast ballots so far.

Nightlife, Community, People or Services, who do you want to win? There’s only one way to have your say: Go vote early and often through Nov. 12. It’s simple, fast, fun and has no limits. Just like you like things.

Voting has been open a week, and there’s just a few days to go. So write in your favorite or pick a classic. Share the Bestest Ballot to sway voters via Facebook and Twitter, and be sure to RSVP for the Bestest Bash. That’s when win, lose, draw or also ran, absolutely every L, G, B, T and/or allied S in Atlanta is invited to party with us.