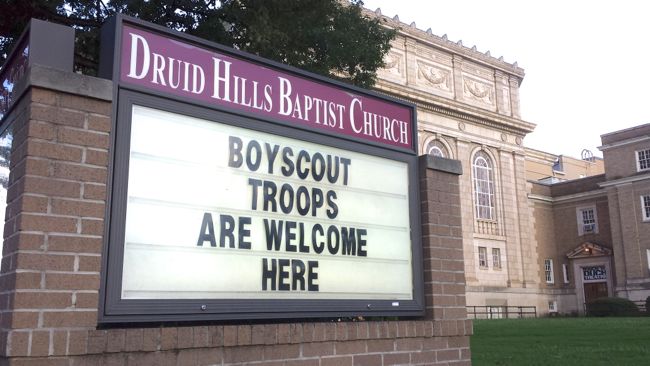 Amidst all of the huffing, puffing, hand-wringing and rampant asshattery in Atlanta over the Boy Scouts allowing gay troop members, there is some hope for gay scouts. Even from a Baptist church.

Not this church. Not the congregation at Druid Hills Baptist Church, who make their views clear on a sign in front of the building that sits at the busy intersection of Ponce and Highland avenues. But fair warning, state Sen. John Albers won't be happy. Or Erick Erickson.