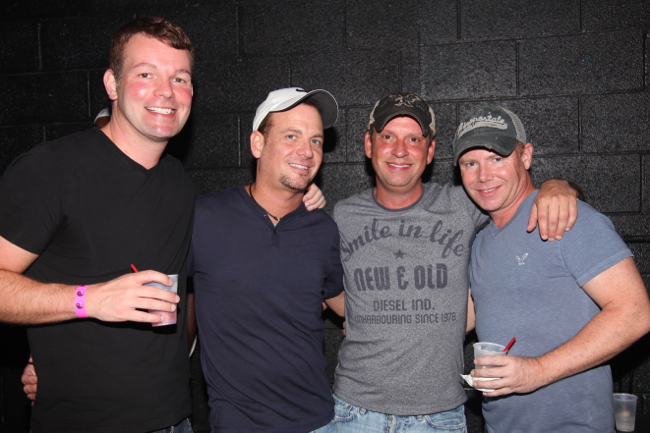 The dance hall days gone by of gay Atlanta nightlife were on again, at least for one night, as the popular Backstreet Reunion train made another stop at Jungle’s glory days junction on Saturday.

The latest flashback in the party series, which has become one of the staples at Jungle, brought back the heyday of the infamous Midtown Atlanta 24-hour club. Of course, that meant the return of Backstreet DJs Rob Reum and Bill Berdeaux plus the infamous drag queens of Charlie Brown’s Cabaret.

Saturday’s rendition of the reunion also came with a twist. Filmmakers with cameras in tow were in the house shooting a Backstreet documentary. Not only were the packed dance floor and the drag show filmed, but guests got a chance to share their own heyday memories and memorabilia from the gone-but-not-forgotten club.

Refreshed from the reunion and enjoying a massive makeover renovation, Jungle returns to 2012 this weekend with the Burning Decompression party on Friday, then DJ Alyson Calagna on Saturday preceded by the Divine Rules Pageant. Divine Rules seeks Atlanta’s Filthiest Drag Queen with judges including Fred Schneider of the B52’s and Michelle Visage of “RuPaul’s Drag Race” to benefit PALS Atlanta and the anti-bullying Divine Foundation.