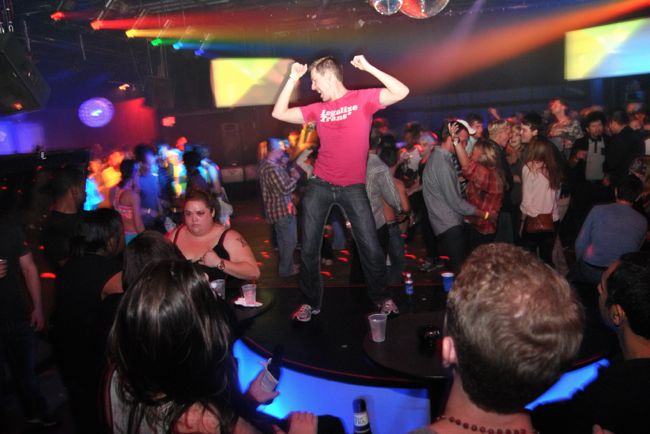 It’s been eight years since Atlanta’s 24-hour gay dance club Backstreet pumped its final beats into the wee hours. A community full of hazy memories all comes roaring back Saturday, as does the legendary Lily White. 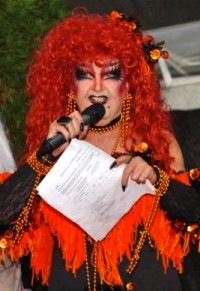 Yes, gay Atlantans of a certain age remember – at varying levels of imbibed clarity – defining “party like it’s 1999” when it was, in fact, 1999. But of course, those are gays gone by. Grumpy Midtown neighbors put an end to it all in 2004, but not to the myths and legends that called Backstreet home.

DJs Rob Reum and Bill Berdeaux ruled the dance floor, and the drag queens of Charlie Brown’s Cabaret reigned in the upstairs lounge. On Saturday, Reum and Berdeaux again helm the turntables, and Charlie Brown’s girls again take the stage at Jungle’s Backstreet Reunion, the party series that has become a staple at the club (top photo, view more).

Making this season’s Backstreet Reunion even more memorable is a performance by Lily White (second photo), who quite literally rises from the ashes for a triumphant return. The community rallied when fire destroyed the home of the drag legend in February, and White subsequently suffered a heart attack that left her unable to attend a March benefit in her honor thrown by friend and colleague Charlie Brown.

Until now, she could only post an emotional response to supporters via Facebook. During Saturday’s revisit to gay Atlanta glory days, we get White in her full glory, too. Expect an appreciative crowd of those who hold dear their foggy memories of late nights and early mornings, as well as a boatload of folks who’ve heard the stories and want to get in on the action.

Take off your shirt. It’s going to be a bumpy ride — and it’s just one of the Best Gay Things to Do in Atlanta This Weekend.