Backpack in the Park ups the ante on Saturday 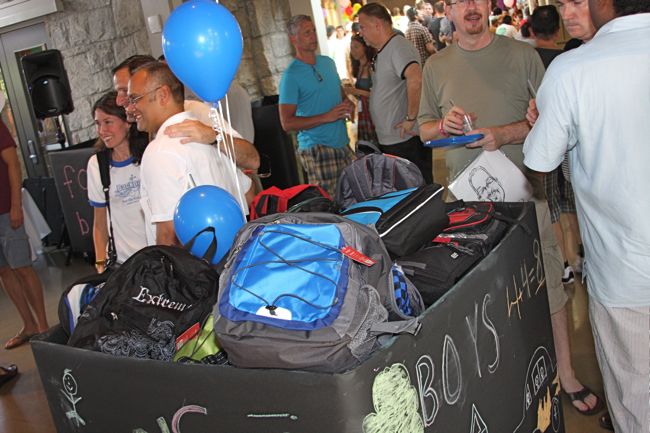 The gays come out in droves each year for Backpack in the Park. Organizers are ready to set more records with a carnival-like atmosphere and a heartfelt mission for Saturday’s 2011 event in Piedmont Park.

The sixth annual fun in the sun comes courtesy the do-gooders at For The Kid In All of Us, the same group that throws the wildly popular Toy Party each holiday season. For The Kid expanded the concept to host its big gay back-to-school benefit and picnic (photos) that collects backpacks filled with school supplies for underprivileged kids.

Since its inception nine years ago, For The Kid has raised some $500,000 in cash and collected some 31,000 toys during Toy Party. Backpack in the Park has distributed more than 5,100 backpacks. Each year, both events set new records for donations. 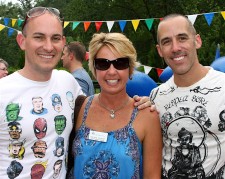 “With each year we host Backpack in the Park, the need gets greater – and this year we have raised the bar again,” says Christopher Bess, For the Kid’s president. “Our goal is to collect at least 1,800 backpacks filled with school supplies to help local students start the new school year on the right foot, with all the supplies and tools they need to be successful.”

For the first time, Backpack in the Park will be held on a Saturday to help maximize attendance. Popular DJ Vicki Powell will be on hand to put the party to a beat in the park’s Greystone Pavillion. Add those enticements to the event’s food, drinks, carnival games and a balloon prize wall, and you’ve got yourself a fun fundraiser and sure-fire continued success. 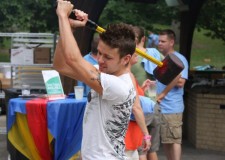 All of it can be yours for the entry fee of one $30 gift card for supplies, or one new, unwrapped backpack filled with a specified list of school supplies. If you don’t want to do the shopping, For the Kid again struck a partnership with Charitee Heart offering pre-filled backpacks for the event. The company donates a percentage of each backpack purchase to the organization.

Sound like fun? It is. Check out our photos from Backpack in the Park 2010 and 2009’s event to get into the spirit.

For the Kid in All of Us is the brainchild of Atlanta City Council member Alex Wan. He started Toy Party as a soiree in his home long before it became the thousands-strong event each year, and long before he was an openly gay politician to be reckoned with.