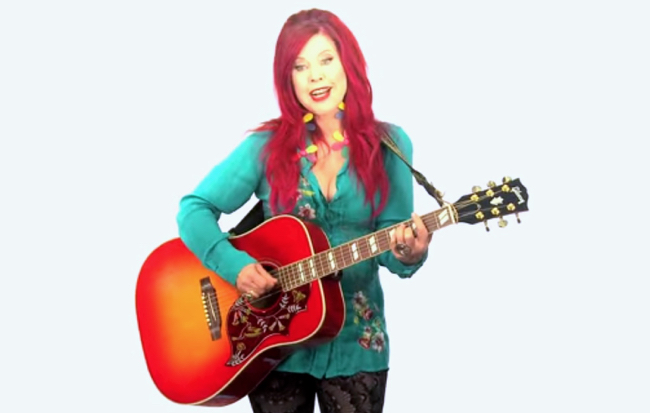 You know from the get-go that there’s something fun, beautiful and queer about a new song by a founding member of the iconic Georgia party band The B52s. Get ready to love the new queer anthem video by Atlanta’s own Kate Pierson.

“Mister Sister” (video above) is the early single from Pierson’s upcoming solo album “Guitars and Microphones,” expected in February. Pierson knows where her bread is buttered, so the release is custom fit for her gay and trnasgender fanbase. She tells the Huffington Post that the song is for every queer in the LGBT village.

“'Mister Sister' is inspired by all who are transgender and LGB, multi-dimensional and still transcending,” she told The Huffington Post in an email. “I hope it becomes a trans anthem, but it's really meant to empower anyone who feels 'betrayed by the mirror.'”

That last refrain is part of the catchy chorus, acted out in the video by “SNL” and “Portlandia” alum Fred Armisen:

Betrayed by the mirror

When what you feel is not what you can see

Betrayed by the mirror

You hear the words

You make a beautiful girl

And nothin’ hurts when you are a beautiful girl

Speaking of Pierson’s gays, the song moved Atlanta’s own gay gadabout and friend to the stars Grant Henry, owner of Sister Louisa’s Church of the Living Room & Ping Pong Emporium.

“Got chill bumps over Kate's new song,” he writes. “Feeling the love!”