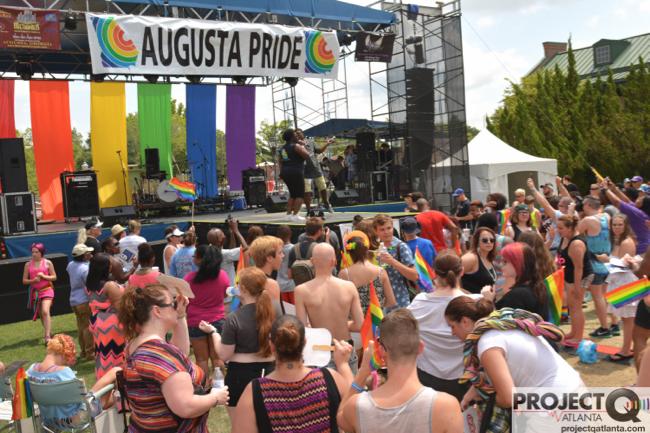 The move comes as the city prepares to celebrate Augusta Pride this weekend.

The 8-0 vote expands the city’s existing equal employment opportunity policy to include acts of gender stereotyping and to prohibit discrimination based on gender, gender expression, gender identity and sexual orientation.

“I would like to thank the board of Equality Augusta for all their time and effort in making today's vote possible, Georgia Equality and its Executive Director Jeff Graham for their support and guidance, Kellie Irving, the city's EEO compliance director, and Augusta Pride and our entire LGBTQ Augusta community for showing our neighbors every day that our equality is important to all of us. Today is an historic day for our city and this vote is a wonderful way to kick off Augusta Pride 2018,” Matt Duncan, president of Equality Augusta, said in a prepared statement.

Graham applauded the commission for extending the employment protections.

“This sends a much-needed message that Augusta values and respects the diversity of their employees, vendors, customers and communities,” Graham said.

Augusta-Richmond received only 14 out of 100 points on last year’s Human Rights Campaign Municipal Equality Index, getting zero of a possible six points on “non-discrimination in city employment.”

In other Augusta LGBTQ milestones, the Richmond County Sheriff’s Office added a full-time LGBTQ liaison in 2015, and the state’s first LGBTQ free clinic opened in Augusta in 2014.