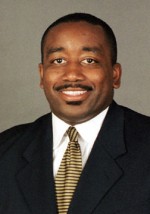 One of the city’s many paper tigers, this one known as the Citizen Review Board, lacks any openly gay members. It’s a panel that’s charged with investigating citizen complaints against the Atlanta Police Department and, according to it’s charter, is supposed to “represent the diversity of this community.”

Given the police department’s troubled track record when it comes cases with gay angles, you might think an LGBT member on the panel could offer some useful insight. You also might think that since the panel’s charter was written by H. Lamar Willis (photo), an Atlanta City Council member who heavily courts gay voters and holds an annual event during Pride, its members might better reflect the population of the city. In case you hadn’t noticed, a few gay and lesbian residents call the city home.

But you’d be wrong on both accounts. The Sunday Paper took a hard look at the panel recently and found it’s lacking when it comes to diversity.

Willis cautioned me to be careful of this last point, since no one knows for sure who is and is not gay. Be that as it may, I can say with confidence that the city’s gay population is certainly not officially represented on the board.

Willis told me last week after the council’s public safety committee approved the reappointments, “You’ll never get a board that exactly reflects the diversity of the city.”

Among the board’s 11 members, elected officials appoint three members, four come from Neighborhood Planning Units, two from local bar associations and two from civic groups. Professional groups representing some minorities in the city, such as the Atlanta Gay & Lesbian Chamber of Commerce and the Atlanta Hispanic Chamber of Commerce, are left out, while some of those included — the Atlanta Business League and the Gate City Bar Association — are geared to blacks.

Unfortunately, the Citizen Review Board isn’t the only troubled city panel. There’s the Human Relations Commission, which is also charged with being “representative of the diverse population of the city of Atlanta” and like its sister panel, time and again falls short. Like the review board, the commission also suffers from a lack of funds and attention from City Hall.