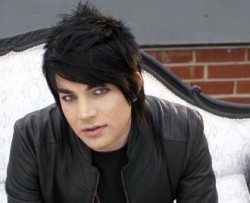 Scores of Adam Lambert fans in Atlanta are about to wet themselves: The gay, glam rocker who likes cheap (female) strippers has added a second concert stop in Hotlanta.

That means after first shunning the Gayest City in America, the gayest singer on tour brings his Glam Nation Tour to Atlanta on Sept. 14 and Sept. 15. He must have really liked the strippers when he was here over the July 4th weekend. He hit Blake’s, too.

His Sept. 14 date at Atlanta Symphony Hall is sold out, so tour organizers jumped from that 1,800-seat venue to the Tabernacle and its 2,500 seats.

But you’ll need to hurry. Tickets for the second show go on sale Friday at 10 a.m. for $35 general admission. That’s probably about the cost of a lap dance at the Pink Pony.