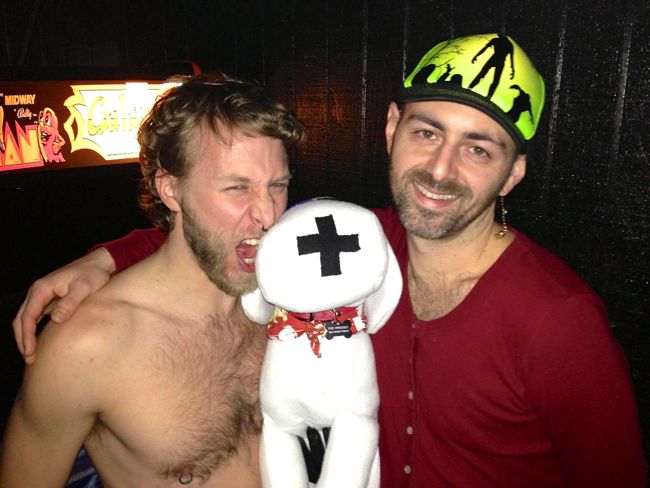 With a weighty mission, a group of gay Atlanta volunteers is launching a new organization and partnering with existing groups to reduce HIV stigma and fight the disease. Team Friendly: Atlanta has a pretty cute mascot, too. We caught up with the organization's founder, Randy Prophater (second photo), to discuss the new non-profit, its goals and what to expect from the organization and its official launch party and fundraiser on March 16. What is Team Friendly and what are some of the goals for the group in Atlanta? Team Friendly Atlanta is a grassroots organization that is bringing the message of Mr. Friendly to metro Atlanta. We are an all-volunteer based organization that seeks to start and continue an ongoing conversation about fighting the stigma of HIV. Alongside other community organizations, we hope to better educate people about HIV, provide referrals for HIV/STD screening and related services, and support on going work in the area. Team Friendly Atlanta has outreach relationships with the MISTER Center, the Atlanta Sisters of Perpetual Indulgence and Lost N Found. We are seeking to enhance upon what these groups do, by focusing on the stigma of HIV. We want to engage the community on multiple levels, including through monthly outreach events, quarterly community events and a PSA. 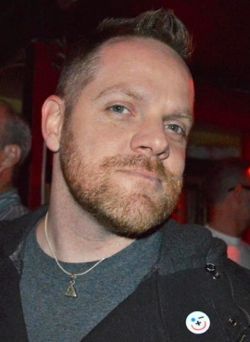 Atlanta is a leader in HIV infections among gay men. How critical is it to address the stigma surrounding HIV in battling the disease? There are many ways, some obvious others subtle, that people discriminate against HIV. From terms like "are you clean" or "drug and disease free ub2", these derogatory phrases perpetuate a negative attitude. The constant fear of rejection, when disclosing one’s status to a potential date, is equally present. Even the thought of telling you friends, and seeing judgment and asking how you got it, as if there is an acceptable way to get it. Additionally, even some of our health care professionals react differently knowledge that a patient is HIV-positive. I remember the first time I sought dental care and listed my status on the patient history. The dental office’s staff was reading the chart and physically put it down and went to put gloves on and confirmed that I am HIV-positive. This was only compounded by the fact that the staff, within earshot, began to state that I didn't look I had AIDS. This was mere weeks after my diagnosis. The situation brought me to tears and I left the dental office and went outside. With the support of a friend that drove me there, I talked about what had happened and how I wished I hadn't even come. My friend said that he understood if I wanted to leave but that doing so might mean someone else would have the same experience. After reclaiming my composure, I returned to the office and asked to speak with the principal doctor and told him what happened. My story is not uncommon. Until we tackle the pervasive problem of HIV stigma, a problem that prevents many people from getting tested, seeking support, and becoming better informed, we are fighting an uphill battle to stop the spread of HIV. By remaining HIV neutral, we seek to meet people where they are and reinforce positive aspects of their life, while challenging them to go a step further. Putting a face to people living with HIV and those affect by HIV, Team Friendly Atlanta wants to help people see the person in front of them, not just a single descriptor like their HIV status. HIV stigma is a big concern among the black gay community, something the CDC has rolled out efforts to combat. Will Team Friendly reach out to the area's black gay population? HIV stigma is a concern for everyone, regardless of race, orientation, or sexuality. Although Team Friendly Atlanta will start within the LGBT community, we will seek to diversify and will reach out to various segments within the community as we grow. The group officially launches on March 16. Tell us what to expect from that event? "Drop the Soap – Washing Away the Stigma" will be held at the Jungle on March 16 from 6 p.m. to 9 p.m. Suggested door fee will be $5. During the event, Team Friendly Atlanta will have various public figures being auctioned off to get dirty and then be washed down. Local activist and performer Chandler Bearden, founder and producer of the ManShaft events DJ Diablo Rojo, aerial artist Melissa Coffey and porn star Charlie Harding are just a few of the people participating. Ursula Polaris of the Sisters of Perpetual Indulgence will host the event. Throughout the event, with a mixture of fun and facts, we will educate and entertain the audience. Additionally, we will be collecting personal hygiene products like toothpaste, toothbrushes and deodorant at the door to donate to Lost N Found for their outreach work with LGBT homeless gay youth. During the event, the MISTER Center will be offering onsite rapid HIV screening as well. What's your personal connection to this effort? In other words, why did you undertake it? Having been sober from crystal meth since Nov. 21, 2003 and being diagnosed HIV-positive in March of 2004, I was looking at the community and trying to find a way to give back. I had been involved with different groups for several years and noticed that the issue of the stigma of HIV was not being talked about head on. Having seen many groups that are trying to deal with the stigma of HIV on an organized national level, I came across Mr. Friendly ... [and last November] met the founder Dave Watts at a national LGBT event in Chicago. I decided it was time to form a team in Atlanta and sought out a grant from the Atlanta Sisters of Perpetual Indulgence to pay for the training. On Dec. 11, a group of 12 people gathered for the first of the Mr. Friendly training webinars. By the end of the second night, a board was formed. Team Friendly Atlanta was well on its way. 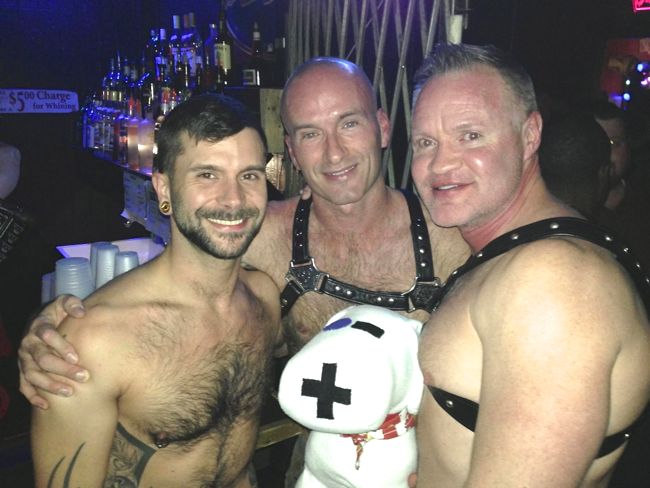 There are several HIV groups in Atlanta. Isn't Team Friendly duplicating efforts that already exist? Team Friendly Atlanta is a grassroots organization that is bringing the message of Mr. Friendly to the metro Atlanta area. We are a volunteer organization that seeks to start and continue an ongoing conversation about fighting the stigma of HIV. Alongside other community organizations, we hope to better educate people about HIV, provide referrals for HIV/STD screening and related services, and support the on going works with the metro Atlanta area. Already Team Friendly Atlanta has outreach relationships with the MISTER Center, the Atlanta Sisters of Perpetual Indulgence and Lost N Found. We are seeking to enhance upon what these groups do by focusing on the stigma of HIV. Photos via Team Friendly Atlanta's Facebook page