A study of nearly 32,000 high school students shows that gay teens were 20 percent more likely to attempt suicide if they lived in politically-conservative areas that lacked supportive high school environments. So much for living in Cobb County, gay teens.

The study, published Monday in the journal Pediatrics, provides one more reason to dislike Outside the Perimeter Republicans: The proportion of registered Democrats was one of four factors researcher Mark Hatzenbuehler (second photo) used to judge the social environment for gay teens. Atlanta and its closest counties, often considered an island of political blue in a sea of red-meat sharks, are Democratic strongholds. Suburban counties – OK, pretty much everywhere else in the state – get douched in Republican politics. And that, the study says, can contribute to increased suicide attempts by LGBT teens. 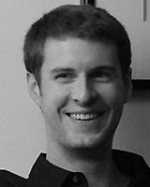 But not all is lost for those gay teens living in Atlanta’s conservative burbs. If your county has a large number of same-sex couples, schools in your area offer gay-straight alliances or they have policies that prevent LGBT discrimination and bullying – the other three factors Hatzenbuehler uses — your social environment is better. Result: You and your gay friends are less likely to attempt suicide. In fact, improved social climates for gay teens also means less suicide attempts by the straight ones, too.

In other words, Hatzenbuehler says, this study “challenges the myth that there’s something inherent to being gay that puts [LGB teens] at risk for suicide attempts.” Translation: Social environment matters.

Earlier that year, 11-year-old Jaheem Herrera committed suicide after continued anti-gay taunts and bullying from classmates. He attended school in DeKalb County, which is often a bastion of Democratic votes.