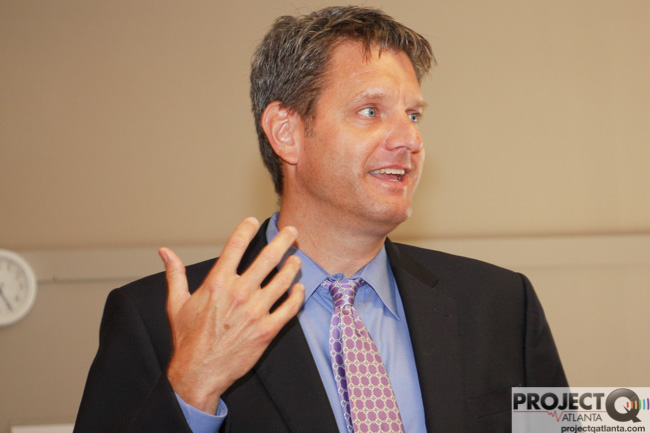 The top federal prosecutor in North Georgia – who last year launched a special unit to better investigate civil rights complaints – will remain in office despite the purge of dozens of U.S. attorneys by the Trump administration.

U.S. Attorney John Horn (photo), whose office includes Atlanta and 46 counties in North Georgia – was not one of the Obama-appointed U.S. attorneys the president had ousted on Friday. But nearly four-dozen others across the country were fired in the abrupt move, according to Politico.

Horn, a career attorney with the U.S. Justice Department, was left unscathed. Via the AJC:

The Friday order, which took Washington by surprise, included only the U.S. attorneys appointed by President Barack Obama.

That meant John Horn, who heads the Atlanta-based Northern District office, and Pete Peterman, who leads the Macon-based Middle District, were unscathed. Both were the top deputies in their offices when their previous bosses left, and an Obama-tapped replacement was never confirmed by the Senate.

Horn became the acting U.S. Attorney in Atlanta in 2014 when his predecessor, Sally Yates, was installed as Deputy Attorney General, the No. 2 position at the Justice Department. Trump fired her in January.

Last July, Horn met with scores of LGBT Atlanta organizers and activists during a first-of-its-kind town hall and announced the creation of a special unit to pursue civil rights complaints. Horn and a handful of top attorneys and prosecutors from his office – including Assistant U.S. Attorney Brent Gray, who is gay – hosted the event at the Rush Center.

Under Yates, the office scored the first hate crimes convictions in Georgia under an expanded federal Matthew Shepard & James Byrd, Jr. Hate Crimes Prevention Act. Those came in 2013 in the case of Brandon White, a gay man attacked by four men outside a southwest Atlanta grocery store. Georgia does not have a hate crime law, though some lawmakers are trying to change that. In April 2016, Horn's office and the U.S. Justice Department launched a joint investigation into the treatment of LGBT prisoners by the Georgia Department of Corrections.

Yates was the lead prosecutor in the case against Eric Robert Rudolph, who bombed the Atlanta lesbian bar Otherside, Centennial Olympic Park and two abortion clinics. Owners and patrons of the bar, which closed after the attack, recently marked the 20th anniversary of the bombing.