Atlanta’s gays are a spoiled bunch of fags 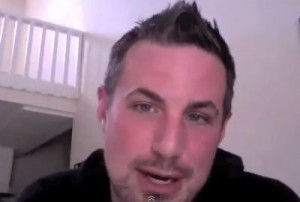 Add this to the list of things we know about Atlanta’s hung, kinky, size queen gays: We’re a spoiled bunch of fags, even if we’re not as gay as we used to be.

That assessment via tweet comes courtesy of Peter Depp, a gay comic from Nashville. Is he self-loathing? Nah, he’s in Atlanta this weekend opening for Shane Mauss at Laughing Skull Lounge and saying – based on his life as a gay man in Tennessee – that we’ve got it pretty good in Atlanta in comparison.

Atlanta fags are spoiled…. I want to be gay in Atlanta…. It’s like china town in New York but gay instead. Little gay town…

Before he hit Atlanta and stared tweeting about his visit, Depp spoke to us via Skype (video).