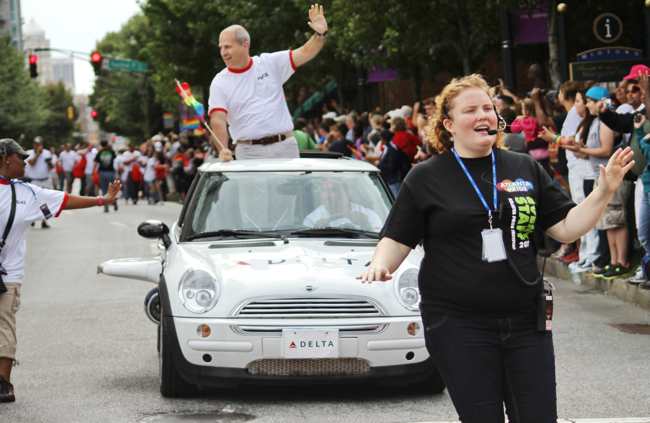 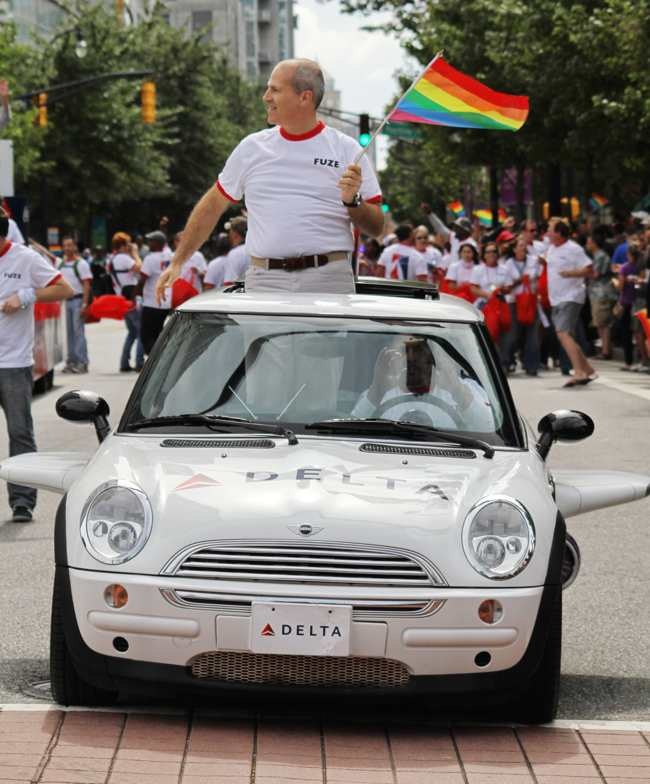 A Delta passenger on a flight from Pensacola to New York by way of Atlanta did  a double-take when he spotted this confirmation code on his ticket from the gay-loving airline: “H8GAYS.” Oops.

Jeff White was more than a little surprised, he tells the Washington Post.

“At first I didn’t think I read it right,” says White, a student at the University of West Florida. “I was worried that another customer might think I somehow picked that code. If I were a gay male, I might have thought that a Delta worker purposely gave me that code, and that would have made me extremely uncomfortable.”

The codes on the boarding passes are randomly generated by a computer. But given Delta's love of Atlanta Pride — they sponsor the event and take part in its parade year after year (photo) — you'd think they'd create a filter to weed out offensive terms. Georgia does for its license plates, even if it pisses off hairdressers and lands them in federal court.

But the Atlanta-based airline, mindful of its top score in HRC's Corporate Equality Index, quickly apologized for the Dec. 3 snafu.

Delta apologized for any “concern or misunderstanding” that its code may have caused White. “These confirmation codes are computer-generated and are completely random,” says Russell Cason, a Delta spokesman. “We will make every effort to ensure that a similar combination does not occur in the future.”

White, satisfied with Delta's apology, does want some assurances that the code won't be spit out again.

“I’m an IT major, and what surprises me is that they didn’t block [his confirmation code] as a possibility of the string of random numbers and letters in the software they use to generate” the code, he says. “I’m sure they removed many four-letter words that would be seen as offensive. I’m surprised that ‘gays’ and ‘H8’ weren’t blocked as well.”