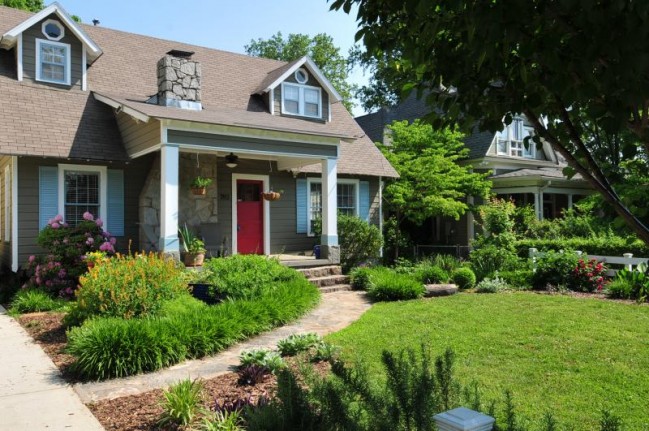 Intown neighborhoods can be spendy. You knew that. But just when you thought every gay 2010 Census number in Atlanta had been crunched, a real estate perspective rears its head with your pocketbook in mind. How do you measure a gayborhood? Your favorite size estimations by the inch don’t work, and stumbling distance to the gay bar might do it for some homebuyers. No, silly. Home by fabulously decorated home, it’s by the square foot, of course. To help you decide which of Atlanta's gay zip codes is the most affordable, real estate website Trulia breaks down the gayest Census neighborhoods in the country – those with the highest reporting residency by same-sex couples – by pricing them out real estate style. So Midtown and Morningside are way out of your budget but you still want location, location, location? Try Grant Park (photo) if you’re a gay man, Trulia execs tells CNN Money. And stick right where a lot of you are in Avondale Estates if you’re a woman.

Avondale Estates even made the Top 10 neighborhoods for women in the country by Trulia’s analysis. Atlanta didn’t make the Top 10 cutoff for men, though we’re in when CNN takes the rankings up to a Top 20. Early reports of Georgia’s overall big jump in same-sex led Census households in 2010 had us all aflutter, and subsequent gay Census reports flooded us when the feds finally stopped counting. To recap, Metro Atlanta ranks fifth in the nation for self-reported gay couples, Georgia outpaces other Southern states, and DeKalb and Fulton topped Georgia counties with surprising runners up in the Georgia mountains. Then in all the red tape, the government lost 643 Atlanta gay couples. That snafu didn’t hurt our national ranking, which fluctuates wildly with fact-checking errors in other gay cities polls year, after year, after year and list, after list, after list, after list. Just to add fuel to your Where Are the Gay Waldos? games, don’t forget that reports love other Atlanta’s gayborhoods too. Even North Druid Hills got a recent shoutout, which drew comments about Kirkwood, East Atlanta, Woodland Hills and tons of other Atlanta options for setting up house. Maybe now we can put to rest the big gay Census until 2020, comfortable in the fact that every last number has been parsed to the Nth. But we’re good with this one last hoorah that tries to make gay sense of the Census. Did Trulia get it wrong? Where do you think Atlanta’s best, most affordable gayborhoods are? Tell us your gay zip and why in the comments section under this post.