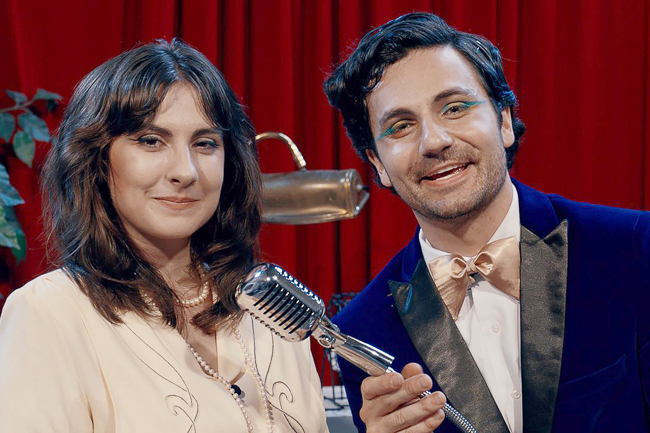 When local lesbian Maria Helena Dolan faced down the entire Southern Baptist Convention, which coddled notorious enemy of our people Anita Bryant, history was made outside the Georgia World Congress Center in 1978. Now a local filmmaking team takes a skit inspired by the faceoff and records it for posterity as part of Atlanta Pride’s Queering Our Culture series.

Bryant was the face of anti-gay hate at the time, and her Bible-thumping “Save Our Children” crusade to ban adoption by gay couples in Florida. The effort made more headlines and gave Bryant more recognition than she ever had as Miss Oklahoma in the ‘50s, a singer in the ‘60s, or even as the spokesperson for Florida Orange Juice in the ‘70s.

In contrast on the opposing side, Dolan’s “I come to you today as a defiant dyke!” speech during the 1978 protest helped galvanize LGBTQ Atlanta, says Dave Hayward, coordinator of Atlanta’s queer history project Touching Up Our Roots and executive producer of the film.

“This was our ‘Selma’ moment,” Hayward says. “Although we were not beaten, we did rally allies for the first time for an LGBT march, and I'll never forget seeing Atlanta Clergy and Laity Concerned marching with us, something that never happened before Anita Bryant or Save Our Children.”

For Stonewall Month this year, TUOR developed and presented a short play at Midtown Moon that envisioned the two women actually meeting in an absurdist pageant-cum-game show called Head to Head.

The new short film of the same name picks up the idea with more production value and the same cast — Sofia Palmero as Dolan, Rachel Tess Eddy as Bryant, and Greg Hernandez as the over-the-top gameshow host. It also includes a bonus: a cameo by Dolan herself in a surprise role.

It’s directed by Ryan Lambert and produced by Lambert and Shane Dedman. Hayward serves as executive producer. It debuts on Aug. 22 with a special pre-show presentation: a half-hour video interview with the late Berl Boykin, co-founder of Atlanta’s Pride demonstrations and celebrations.

Pick up a new edition of Q mag each week at queer and LGBTQ-friendly venues all over Atlanta.