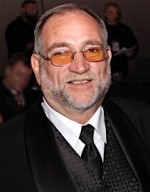 As President Obama plans to unveil his National AIDS Strategy, two gay Atlanta AIDS service professionals are on their way to join him at the White House for Tuesday’s announcement.

Both longtime local HIV activists—Paul Plate (top photo), Positive Impact’s executive director, and Craig Washington (second photo), AID Atlanta’s prevention programs manager —will be among some 300 representatives of HIV/AIDS service organizations from across the country to be the first to hear the plan to reduce new HIV infections and increase care for those already infected.

“Paul is just ecstatic to be honored and asked to be with the president at the unveiling,” says Michael Baker, director of advancement at Positive Impact, a mental health service for people infected with and affected by HIV/AIDS.

“Paul shies away from the spotlight, works hard and focuses his energies on our mission,” Baker says. “He has been fighting for the cause for some 20 to 25 years, and he would never seek the recognition, so we’re just thrilled to see him recognized by the president on such a momentous occasion.”

“I’ve never been more excited,” Plate wrote on his Facebook page as he boarded his plane for Washington on Monday. Friends offered congratulations, as did posts on Washington’s personal page as he headed to the meeting. 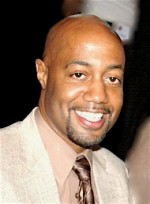 The New York Times obtained a draft of Tuesday’s speech. The newspaper reports pieces of what Obama is expected to say:

“Annual AIDS deaths have declined, but the number of new infections has been static and the number of people living with H.I.V. is growing”

The president’s strategy, resulting from 15 months of research by several arms of his administration, is expected to call for a 25 percent reduction over five years in the annual number of new HIV infections in the U.S. and “a more coordinated national response to the H.I.V. epidemic,” according to the report.

The president’s strategy is not expected to include a major increase in spending, but a possible “redirection” of the government’s $19 billion AIDS budget to high-risk groups like gay men and African Americans.

Atlanta, home to the U.S. Centers for Disease Control & Prevention, is often at the epicenter of the fight against the disease. As part of the Obama administration’s research, the Office of National AIDS Policy held a meeting at Positive Impact last year along with members of the Atlanta-based AIDS Alliance for Health & Faith and other local agencies.