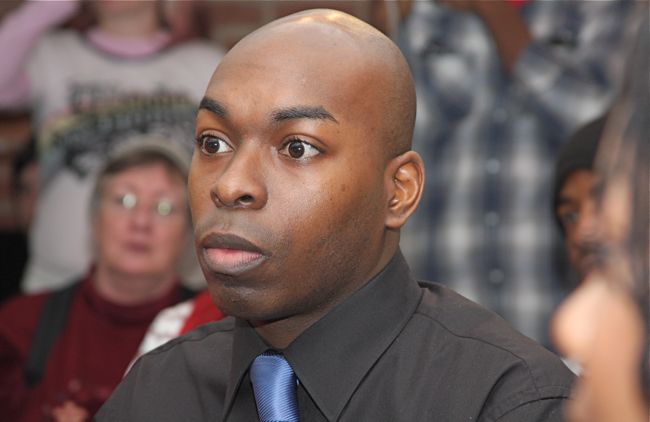 Darian Aaron grew increasingly frustrated a few years ago over the lack of positive stories about black LGBT people in the media, so the Atlanta resident took action by creating Living Out Loud with Darian. Four years and hundreds of blog posts later, Aaron is bringing his award-winning blog to a close.

The 30-year-old gay journalist gained national prominence with Living Out Loud, becoming a leading voice on black LGBT issues and earning Best LGBT Blog from the Black Weblog Awards in 2008. His blogging efforts expanded into videos with a YouTube channel.

“The objective of this blog has always been to uplift, empower, inform, and entertain same gender loving people of color and with this in mind I unknowingly began to build a brand that would separate this blog from the rest,” Aaron writes in a May 11 post announcing his decision to bring the blog to a close.

What’s next for Aaron in his post-blogging life? First, he celebrated by having “Living Out Loud” tattooed on his lower back. He’s got a fulltime job, too, and all the while will be putting the finishing touches on a new book. We recently caught up with Aaron, who discussed Living Out Loud, his most interesting interviews, and his future. 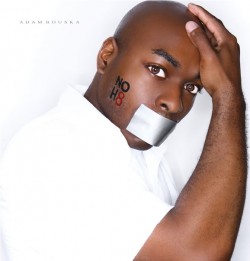 Project Q Atlanta: What led to the creation of Living Out Loud? Why did you do it?
Darian Aaron: Living Out Loud with Darian was created out of a need to have the stories and images of black same gender loving people represented in the media. In 2006 when I launched my blog, I was extremely frustrated with the lack of diversity in gay publications as well as the mainstream press when it came to covering stories important to the black LGBT community. So often we were only mentioned when topics such as the down low or HIV/AIDS were being addressed. I wanted to expose the world to a side of the community the media failed to highlight.

Throughout the four years of the blog, you were working fulltime as a flight attendant. How did you balance the professional, personal, family and other concerns with doing the blog?
This was one of the biggest challenges I faced during the four years I wrote the blog. In the beginning I had no idea how demanding blogging could be and it was a delicate balancing act between my full-time job and my commitment to the site that usually resulted in long hours, writing on layovers, and lack of sleep. I made an agreement with my partner and friends that I wouldn’t blog on the weekends and I kept my promise.

Did that balancing act get more difficult as the blog’s audience and reach expanded?
Definitely. As my audience grew so did the expectations and the demand to consistently produce new content. Up until the last six months I was fine with the pressure because I could see the positive impact the blog was having on the lives of so many people across the country and as far away as South Africa. That still blows my mind.

But there were days when my work schedule and personal life got in the way of updating the site which resulted in what I like to call “blogger’s guilt” — being unable to physically update the site although the desire to do so remained strong. It was definitely hard to shake the feeling that I’d abandoned my audience even after taking one day off.

Closing the blog seems abrupt from the surface. But has it been a long time in coming? What led you to make that call?
It was definitely a decision that took me a few months to make. After praying about it and consulting with former bloggers who had decided to end their sites, I finally decided the time had come. The writing had been on the wall for a while, but of course I fought tooth and nail to keep the inevitable from happening. It wasn’t until I went a full week without updating the site back in April and a failed attempt to return that I knew the time had come. I believe it was God’s way of telling me that he had bigger plans for my life and my activism.

Dwight Eubanks from “The Real Housewives of Atlanta” was definitely the biggest diva but in a good way. I had the chance to interview him during the Atlanta photo shoot for the NOH8 Campaign. He insisted we do the interview lying down in a bed! This was definitely a first for me — interviewing a man in a bed, not lying down with one. He is everything you see on TV and more.

What are you taking away from four years of blogging on Living Out Loud?
The biggest lesson I’ll be taking away is to never underestimate the power of your voice. There’s power in the tongue and anyone can use their voice as an agent for change. I saw a need in our community and became the change I was seeking.

What’s next for you?
I’m working on my first book. It will be a coffee table book featuring the lives of 20 black same gender loving couples based on the successful Coupled Up series from my blog. The working title is “When Love Takes Over: A Celebration of Same Gender Loving Couples of Color.” It should be available in early 2011. And I’ll be starting work on my journalism degree at Georgia State University this fall.