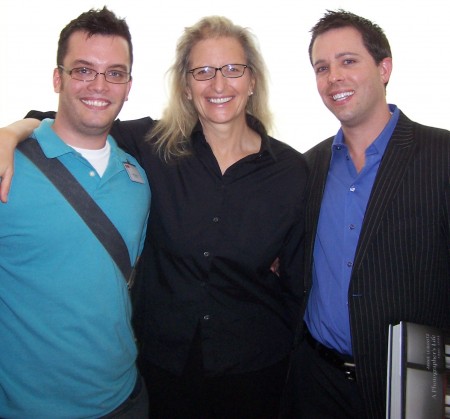 Perhaps no one was more surprised by the far-reaching success of the 2005 book “ATLANTAboy: An Insider’s Guide to Gay Atlanta” than the authors themselves.

Jordan McAuley and Matt Burkhalter, best friends since middle school in Buckhead, compiled the book after noticing travel books on other cities, but none on Atlanta.

“I thought it was a good idea, but I was blown away by the response,” Burkhalter says. “Straight people were telling us, ‘anyone would be interested in this stuff,’ and even people from Atlanta were learning things about local gay history that they didn’t know.”

After self-publishing and selling out the book, the guys toyed with multiple requests to update “ATLANTAboy” for a second edition. That’s when Alyson Books and its parent Regent Media — part of the corporate giant responsible for Here!TV as well as Out and Advocate magazines — stepped in with a proposal to make Atlanta the fourth in its “Out Traveler” series, which also features editions on New York City, Hawaii and South Florida. More than just listings a la the “Damron” or “Sparticus” guides, the powers at Regent “really want to give a taste and tone of the city itself,” McAuley says. 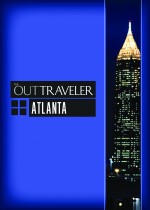 The authors hopped on board and got to work. Of course, the book includes an up-to-date listing of gay businesses, attractions and places of worship, but the straight-run destinations that welcome gay patrons with open arms broaden the book’s appeal.

“Not one single person we approached declined to be a part of it,” McAuley says. “The High Museum, Margaret Mitchell House, everyone wanted in.”

The straight participation in “Out Traveler: Atlanta” also includes celebrity quotes about the city dotted throughout the book. In addition to comments from gay luminaries like Tim Gunn, Elton John and Annie Leibovitz, readers can find bon mots from Patti LuPone and Madonna, and may be surprised to hear from even the likes of conservative talk show host Nancy Grace.

“The pop culture that fascinates me is not just gay subjects and gay people, but everything,” Burkhalter says. “I agree that with all the political stuff we go through, we still need to be ‘in your face’ sometimes, but let’s broaden what we’re interested in, let’s not remain closed.”

And as Atlanta increasingly accepts us, we should celebrate our part in a city that is growing up in so many other ways, the authors say.

“Yes, we’re gay, but we like to do other things too,” McAuley says. “All the old movies and TV shows about Atlanta were about the Old South, and now you see the Tyler Perry movies, the ‘Real Housewives,’ and we’re noticing that even in pop culture, there’s a different view of Atlanta than it used to be. That’s why the book will appeal to a larger readership outside the gay world.”

As native Atlantans and authors of a successful book, McAuley and Burkhalter thought they knew a lot about the city’s gay history, but they were in for an awakening.

“We worked with [gay archivist] Wesley Chenault at the Atlanta History Center to go back more than 100 years of gay history,” Burkhalter says. “It’s just fascinating to see the tone of a southern city and how it changes.”

If “ATLANTAboy” was good on history, “Out Traveler” delves even deeper. The new book includes stories about female impersonators in Atlanta as far back as the late 1800s, and covers major events as recent as the Olympics Out of Cobb protests.

“A lot of national attention on gay culture was spawned off in our city,” Burkhalter says, noting the role of the Atlanta-based Centers for Disease Control & Prevention in curbing HIV/AIDS, the Cracker Barrel fight for non-discrimination in the workplace, and the Bowers v. Hardwick sodomy case that overturned Georgia’s sodomy law and helped chip away at laws governing consensual sex between adults.

“It’s really rewarding to be a part of it all and share it,” Burkhalter says. “I learned a lot, and I think not just travelers, but people who live here, will appreciate it too.”

(Join the authors at “The Out Traveler: Atlanta Party” on Feb. 18 at Outwrite Bookstore & Coffeehouse. The event begins at 8 p.m. Find out more about the book.)