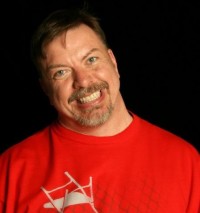 Atlanta drag personality and a member of the Atlanta Sisters, Dale Larimer, died suddenly on Friday while in Orlando with his longtime partner. Memorial services are set for Wednesday.

Larimer, 47, died of an apparent heart attack, leaving friends and members of Atlanta’s drag and bear communities shocked and saddened. Larimer (top photo) was a member of the East Point Possums and joined the Atlanta Sisters as Della Catessen (second photo) about nine months ago. He was also known as drag personality Yolanda Jenkins.

“She was always behind the scenes doing everything,” Rick Westbrook, a member of the Possums and Sisters, says about Larimer, whom friends sometimes called “Momma.”

“For the Sisters, we are just in shock. She was just one of those people that whatever needed to be done, she did it. She just did it. The Flaming Sugarbakers just have a huge void now. That’s Momma in a nutshell. She was the life of the party and it’s a huge loss in the community.”

Larimer was from Summerville, S.C.; his partner, Richard Munn, is from Orlando. 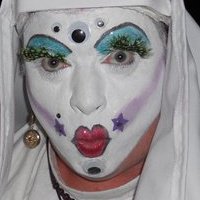 “This old queen is still in [the competition]. Friday night’s show was rough,” says Westbrook, who’s known Larimer for more than a decade. “She always loved to help. If it wasn’t for her, the Possums would still be wearing sunglasses during their performances. We didn’t know how to paint.”

“He enjoyed living and has a taste for life and enjoyed every bit of it that he could,” Davenport says. “I can not think of a soul that would say anything negative about him. He is just one of those people that goes through life sort of bringing joy to it. He linked any number of communities. It’s not often that the bear community and the drag community overlap, but they did in his case.” 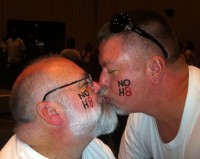 Davenport says that even as the shock of Larimer’s sudden death lingers, the attention of friends is turning to Munn (bottom photo left with Larimer), who is confined to a wheel chair.

“The one thing that comes to mind when you think of Dale is that he was always happy and always tried to make other people happy. He did everything he could to take care of his partner, Richard. All of us have a concern about how Richard is gong to make it now,” he says.

Larimer’s memorial service is set for Wednesday, April 27, at H.M. Patterson & Son-Spring Hill Chapel on Spring Street in Midtown. Visitation is from 4 p.m. to 6 p.m. with the service beginning at 6 p.m. Donations in Larimer’s memory can be made to the Atlanta Sisters and sent to 470 Candler Park Drive, Atlanta, GA, 30307.

Davenport says the Sisters will be on hand for the memorial service to celebrate Larimer’s life, not mourn his death.

“It’s still amazing to see the impact he’s had on all of us,” Davenport says.