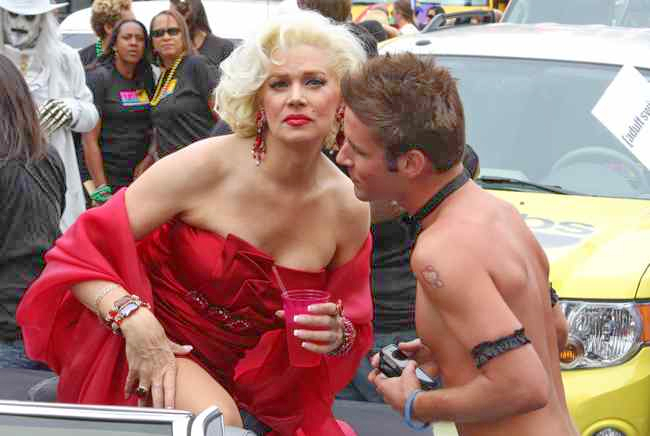 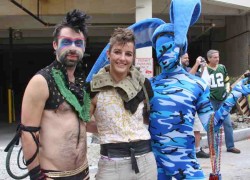 Before there’s an Atlanta Pride parade, hundreds of people and organizations gather downtown and get ready. It’s a mix of LGBT life that you’ll find on the streets just once a year.

The parade stepped off Sunday at 1 p.m. But hours before, drag queens and kings, twinks and leather daddies, jocks and underwear models and so many more assembled at the intersection of Ralph McGill Boulevard and West Peachtree Street. They were there to put the finishing touches on their makeup, costumes and floats before marching, riding and rolling north on Peachtree Street into the heart of gay Midtown.