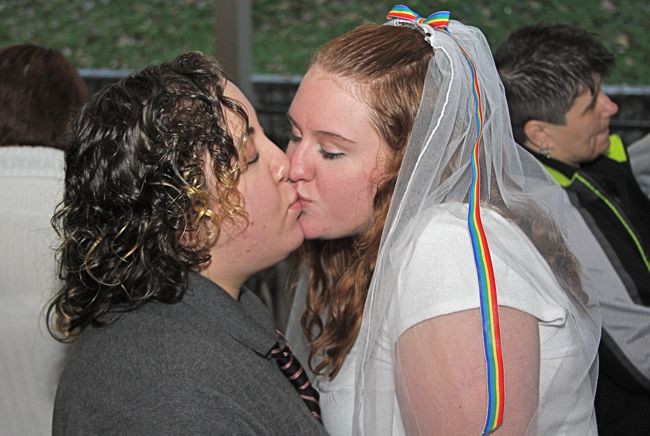 When we told you Tuesday about the Census snafu that lost more than 255,000 same-sex households across the U.S., we wondered how that would impact Georgia and its gay-heavy capital city. Now we know and it isn’t pretty.

Here’s the recap: The gays celebrated when the Census Bureau announced earlier this month that a whooping 901,997 same-sex couples were spread across 99 percent of U.S. counties. That meant a little bit of gay spread in all corners in the good ol’ U.S. of A.

But hold on, dancin’ queens. The Census adjusted its figures – something about some wrong boxes being checked – and dropped the total to 646,464 same-sex couples. That’s a loss of 255,533 couples.

In July, when same-sex couples were announced for Georgia, we celebrated what the Census folks said was a more than 50 percent jump in gay couples in the state – from 19,288 in 2000 to 29,844 a decade later. Yes, ma’am, that was a pretty sweet number that LGBT activists hoped would eventually translate into more political heft.

Not so fast, gay bean counters. With the Census “adjustment,” that 50 percent gain looks more like a paltry uptick of 10 percent. Georgia now has 21,318 same-sex households, a 2.030 couple increase in a decade – and a revision that cut the state’s number by 8,526 couples. With the new numbers, Georgia has 5.95 same-sex couples per 1,000 households, ranking No. 18 in the U.S.

So sorry to see y’all go.

The Williams Institute provides an interesting snapshot of the revised Census numbers below (click for larger view). Or you can read their full report.