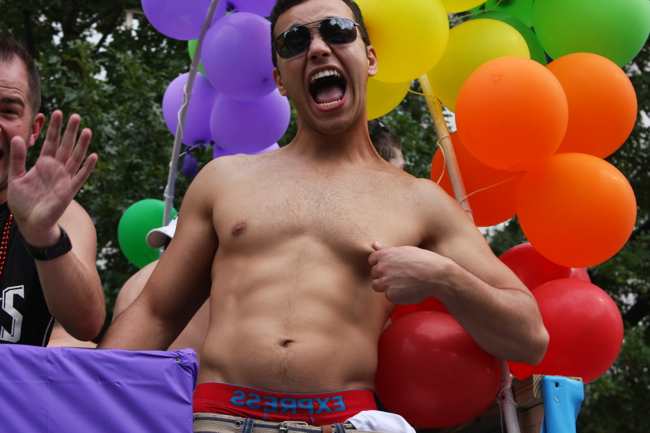 A new survey from Seeking Arrangement – the same folks who figured out gay Atlanta has more sugar babies than sugar daddies – surveyed 11,000 of its active gay members to see who’s got casual sex on the brain when they cruise dating websites. Turns out, a bunch do, the Huffington Post says.

SeekingArrangement.com, which bills itself as the world’s largest “sugar daddy” dating website, polled 11,000 of its active gay members on how many join dating websites with casual sex as their main motivation. West Hollywood took the top spot based on how many gay male members responded to having 10 or more sexual partners in the course of a year, followed by Washington, D.C. and San Francisco in second and third place, respectively.

But surprisingly, Atlanta ranks a lowly 10 on the list of the nation’s Most Promiscuous Gay Cities. No wonder Atlanta is no longer America’s Gayest City. You’ve got to sleep your way to the top, after all.

“According to our study, more gay males utilize online dating for ‘hooking up’ compared to heterosexual males,” the site’s founder Brandon Wade said in a statement. “While there is always potential to fall in love, online dating makes it very easy to find singles who are similarly looking for something less serious.”