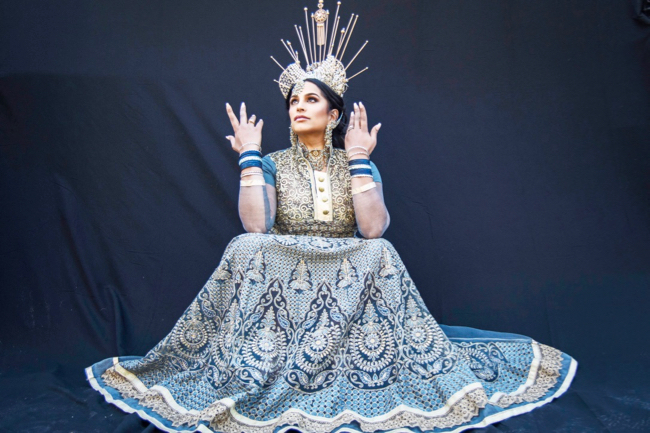 She might have gone the rest of her relatively quiet life without telling anyone but her husband and a few trusted friends and family, but Feroza Syed had different plans.

In March, years of fears led the metro Atlanta woman to break from her privilege of “passing” as cisgendered in a Facebook post that included five magic words: “I am a trans woman.”

That started a liberating whirlwind that included telling her mother-in-law, her coworkers as an associate broker with Atlanta Fine Homes Sotheby’s International Realty, and then everyone in metro Atlanta in a featured profile in the Atlanta Journal-Constitution.

“Though my passing privilege allowed me to stay quiet, I felt an overwhelming need to step out and help my trans brothers and sisters fight for our rights due to the political climate right now,” Syed tells Q. “The guilt of wanting to be honest to my mother in law who never knew, the constant pressure of living a lie, and wanting to accept myself were also reasons to come out. I felt like the last couple years (of anti-trans rhetoric and action on a national level) had broken me down, so I needed to re-assert myself and regain my power from all the hatefulness out there.”

The response has been overwhelmingly positive, including from her mother-in-law, who told the AJC that she loves and considers Syed as a daughter. But it’s the reactions from complete strangers who really opened the floodgates of acceptance.

“I’ve heard from trans people, parents of trans kids, and trans youth,” she says. “I never thought my story could help so many other people. I’ve also heard from Muslim and Indian LGBTQ people and their families who wanted advice on either coming out or acceptance.

“This has truly been the best part of coming out,” Syed adds. “Talking with others, helping them through, and being able to provide advice and resources has been so moving.”

That advice includes a personal philosophy about her faith that she would share with all queers of faith.

“I’d tell them that your faith is between you and your God,” she says. “No one has the right to tell you what’s OK and what’s not. …

“I find in my experience a lot of LGBTQ people are not very religious. I believe that’s due to the fact that we often have to choose between our respective religions or choose whether or not to exist. That’s not a fair choice. Yet we’re often accused of not being religious or having faith. It’s a catch 22.

“Be yourself, be happy, treat others fairly and God will see that, that is if you believe in him.”

From here, Syed plans to give back and inspire others even more. She's already on the task.

“I just got trained to be a facilitator with PFLAG at John’s Creek and Sandy Springs; they happen to have a large trans youth group I look forward to working with,” she says. “I’m also working with HRC and the Pride Committee, amongst others.

“I recently did a panel with a group called Transcending Barriers that helps trans people of color with housing and resources,” she adds. “Helping youth and bringing awareness to the plight of POC are issues very important to me.”

To celebrate the internal and external revelations of late, Syed sat for Q contributing photographer James L. Hicks to create the stunning photo spread on our cover and the following pages.

“I wanted to do a shoot that represented all of me and my identities at once,” she says. “These shots show me as not only a woman, but brown, an Indian daughter of immigrants, and now because I’m out, as trans. I wanted to feel glamorous, regal.” The look with all the sarees draped out from waist was one of my favorite looks. It represented all the colors of the rainbow flag and had sarees with memories from all throughout my life. We tried to incorporate multiple looks that went across fashion lines, using fabrics or pieces in non-traditional ways.

Her empowerment is evident, and from a Facebook revelation to a public and private healing, Syed says that she is so glad she came out.

“I’ve realized my womanhood, strength and beauty are not based on my exterior, but what I have inside,” she says. “Once I came back out, I found the confidence and strength I felt inside spilling out. Regardless of our exteriors, we all have the same insecurities, doubts, and concerns. Though coming out is a personal decision and not for everyone, truly loving and accepting yourself gives you the strength and confidence to do things you never thought possible.”

A version of this article originally appeared in Q magazine. Pick it up around town each week at LGBTQ and queer-friendly drop spots. Read the digital version below: