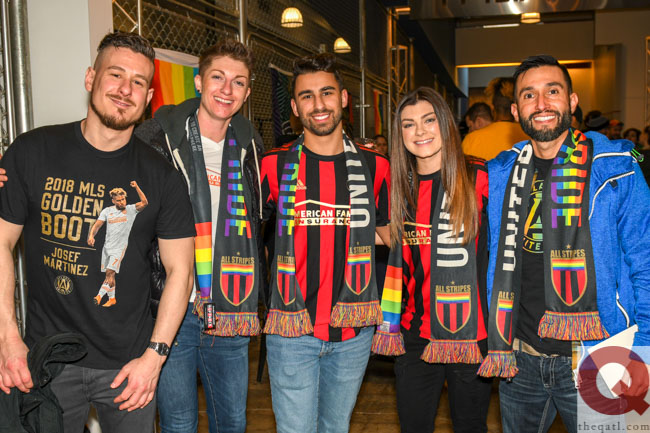 The LGBTQ Atlanta United fans of All Stripes kicked off the new season on Saturday in West Midtown.

All Stripes leaders introduced the 2019 board of directors and organizing committee over cocktails and light bites.

The event at Out Front Theatre also included a Soccer 101 information session for people to get caught up on the rules of the game.

Atlanta United kicks off its season against D.C. United on March 3, and All Stripes watches the game at Georgia Beer Garden. A home opener against FC Cincinnati is set for Mercedes Benz Stadium on March 10 at 5 p.m. with an All Stripes tailgate before the match.