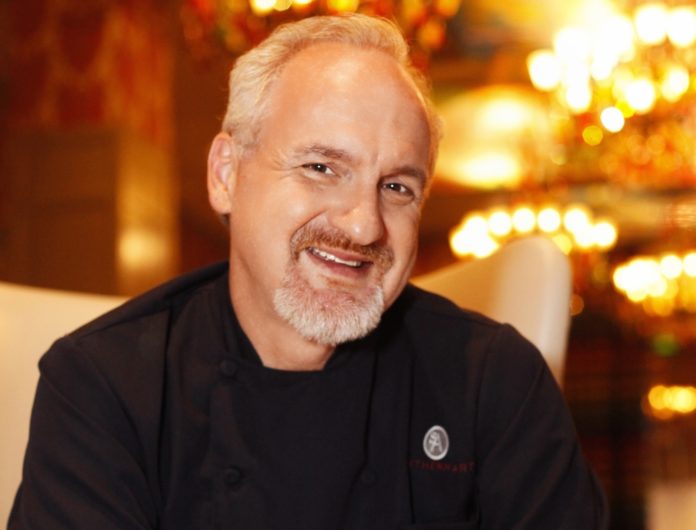 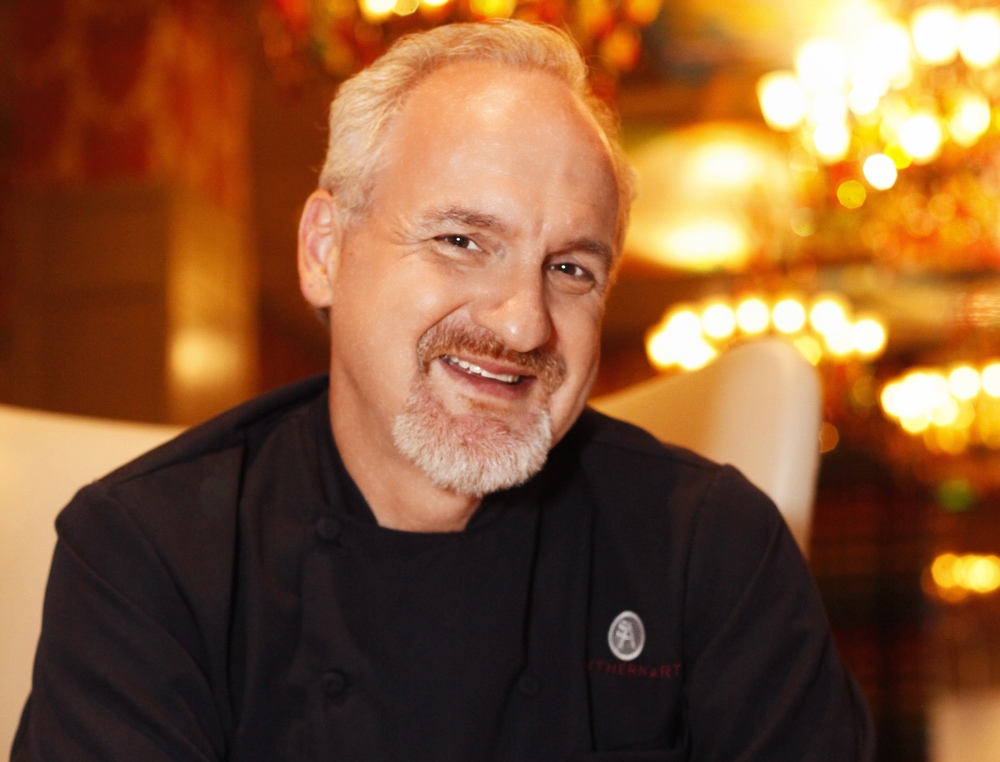 Atlanta restaurateur Art Smith brings more to Atlanta than his Southern Art & Bourbon Bar. That winning smile, clients like Oprah and Gaga, as well as multiple awards are matched by his LGBT advocacy .

The “Top Chef: Masters” alum uses his tasty pulpit to make mouths water and spread the good word about gay rights when he can. His latest savvy use of his celebrity comes via AJC Restaurants, which asks him to catch us up with his views on topics as varied as his “Top Chef: Duels” loss to fitting into Atlanta’s vibrant gay scene.

“Atlanta has always been the New York City of the South. I’m an openly gay American, married with a family. Atlanta has one of the oldest gay communities. I’m an activist and I think people can love what they want and marry who they want. Jesus Salguiero and I have been married five years and we have four foster children- Azumy, Zucky, Brando and Angel.”

No wonder he’s winning the local gay hearts. Smith may have lost “Duels” to Kevin Gillespie, but he won an LGBT Vanguard Award. He’s on speed-dial from the gayest rolodex in town, and he titillated everyone with that hunky newsman bromance.

Of course, the Bourbon Bar and Smith’s appeal to the cocktailing Southerner in you is not to be ignored either. The chef hits his don’t-miss list upon his third anniversary in Atlanta.

Bourbon and moonshine are the alcohols of the South, they are one of the oldest traditions. That’s why I chose to focus on those spirits. The original restaurant space, before Southern Art, had a pewter bar, and I wanted to preserve that.

They make really good ham in the South. It actually doesn’t taste like a salt block, which is what I’ve experienced in other parts of the country. So we have section of the menu dedicated to our ham bar. Most of our hams are aged and come from small farms in Kentucky, North Carolina, Virginia and Tennessee.

It should be all about sugar and fat in the South, so that’s how the idea came about for the restaurant’s sweet table. It’s much more visual to see a 12-layer red velvet cake than just read the text on the menu.

Sugar, fat, and did someone say red velvet cake? Check out Smith’s other deliciously inclusive ideas.