Atlanta stripper gets life in prison for murdering boyfriend 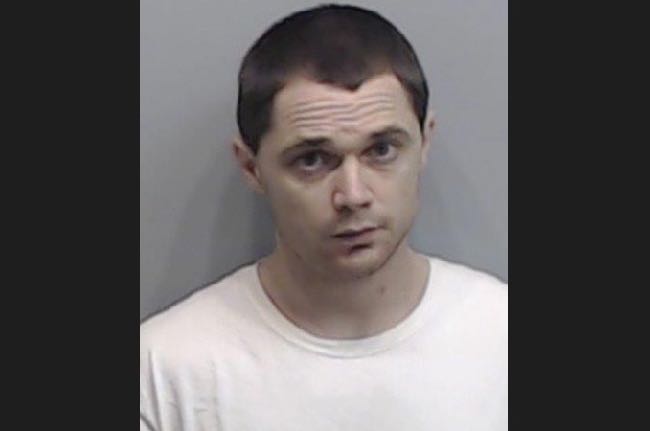 A former dancer at a gay Atlanta club was sentenced to life in prison without parole for shooting and killing his boyfriend in what prosecutors called “a horrifying case.”

District Attorney Paul Howard called it “a horrifying case on so many levels,” according to a statement provided to Project Q Atlanta.

“The defendant murdered the victim in cold blood because he was worried about losing his source of financial stability,” he said. “The defendant attempted to hide the body and flee. And even after he was convicted, the defendant showed no remorse for murdering a man who he once cared for, a man who has a family and young children.”

Police say Morgan shot Campbell, 43, twice in the head in October 2016, then wrapped his body in trash bags and stuffed him in a closet. Morgan lowered the thermostat and lit a scented candle to help conceal the crime, according to a press release from Howard.

Morgan, who at the time of the killing was a dancer at Swinging Richards, was arrested in Calhoun County, Ala., several weeks after the incident and extradited to Atlanta that December. More details of the crime emerged during a preliminary hearing in January 2017.

Both Morgan and Campbell were married to women, but the two had been in a romantic relationship for more than a year. They moved into a 27th floor condo at 1010 Midtown together, according to police. Campbell’s wife and children lived in Delaware, while Morgan’s estranged wife lived in Alabama.

Morgan was addicted to methamphetamines and was financially reliant on Campbell, according to the press release. Morgan stole Campbell’s Land Rover Discovery, guns and watches a month before the murder.

“Morgan’s drug addiction, his reliance on Campbell, and the overall complications caused by the fact that both men were married and engaged in a secret romance, led Campbell to consider ending the relationship with Morgan,” according to the press release.

Morgan, who realized Campbell was breaking up with him, shot Campbell twice in the head in their apartment after returning from a sports car race in Braselton on Oct. 1, 2016, according to the press release.

Morgan then stole Campbell’s Land Rover Discovery, two of his high-end watches, his iPhone, a handgun, an iPad and his wallet.

Campbell’s wife filed a missing persons report with Atlanta police after he stopped responding to her communications, according to the press release. Campbell’s vehicle was found abandoned in Calhoun County, Ala., four days after the murder, and Morgan was arrested two weeks after that in a residence in the area.

Morgan admitted living with Campbell and stealing his property but denied committing the murder, according to the press release. Morgan also sold Campbell’s watches to private citizens in Alabama after a pawn shop turned him down.

Morgan was convicted three times in Alabama on a variety of charges including aggravated assault, resisting an officer, burglary and domestic violence, prosecutors said.