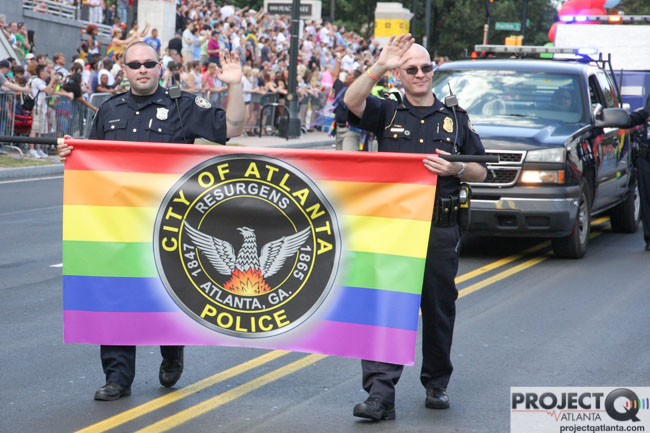 Take a bow, Atlanta. You are perfect in putting your progressive attitudes to practice. But Decatur and the rest of Georgia? Shame on you. That's the takeaway from the Human Rights Campaign's new rankings of cities across the U.S.

Atlanta notched a perfect 100 in HRC's 2013 Municipal Equality Index, the first and only Southern city to do so. The city improved on last year's score of 82 and joins two-dozen others scoring a 100 in the rankings of 291 municipalities released on Tuesday.

“I am proud to be mayor of the first deep Southern city to achieve a perfect score on the Municipal Equality Index,” Mayor Kasim Reed says in the report. “LGBT equality has been an important issue for me throughout my career.”

Reed will do a victory lap at City Hall on Wednesday with LGBT leaders and activists, including HRC President Chad Griffin.

But the report shows that outside Atlanta's city limits, there's work to be done. Only one of the other six cities or population centers in Georgia broke a 50: Avondale Estates scored a 56, which is a big improvement on last year's score of 8. But it's still an F for an area with a heavy gay population.

Progressive Decatur flopped, too, keeping its lowly 27 from last year. Other Georgia rankings include Athens (44), Augusta (12), Columbus (20) and North Druid Hills (15), which isn't really a city but maintained its score from a year ago. Left off the report: Savannah, the state's fourth-largest city. Here's why.

Atlanta scored a 96 in the various HRC categories, but earned five bonus points for its gay elected leaders — that would be gay City Council member Alex Wan — and how it “engages with the LGBT community.” Tally that up for a score of 101, but HRC's math doesn't go above 100. 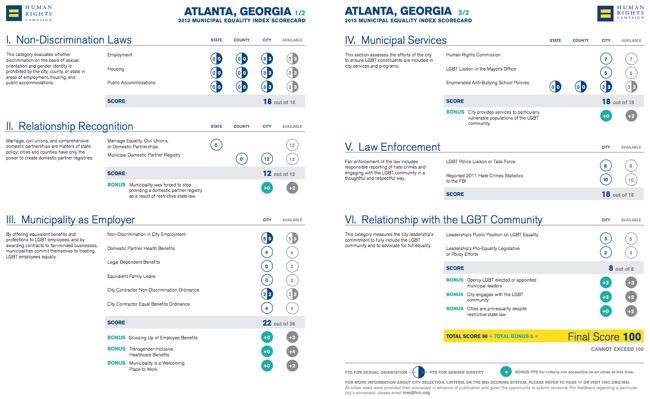 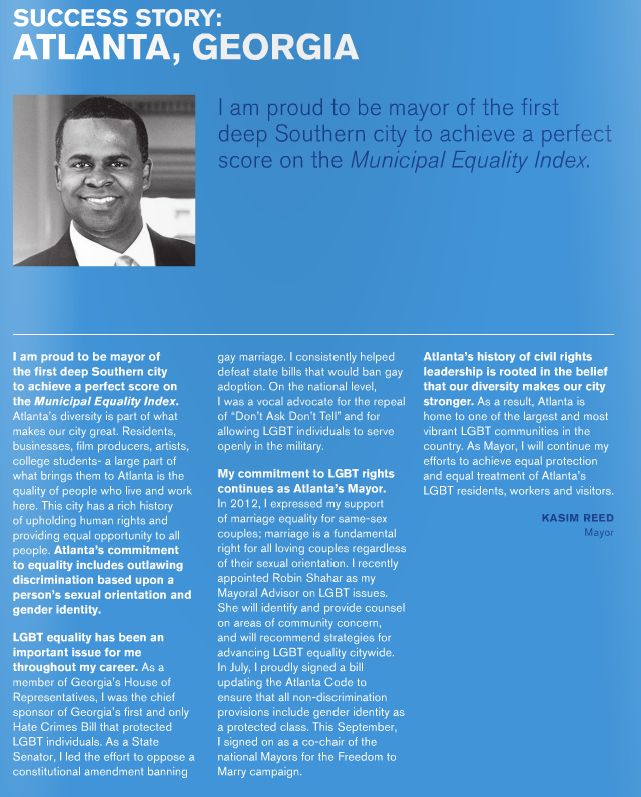