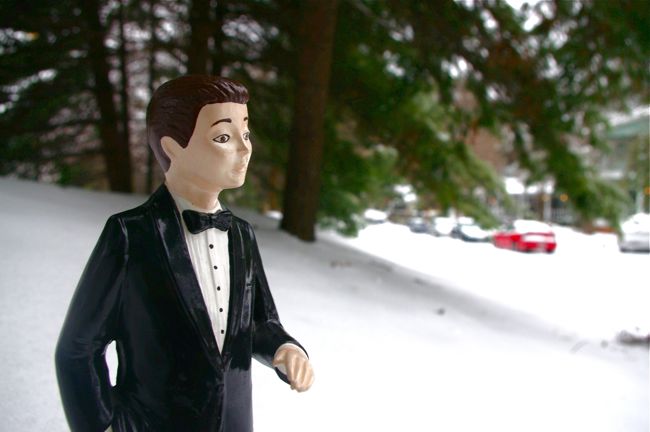 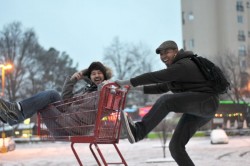 VIEW PHOTOS | Gays at Play During Atlanta's Snowpocalypse Here’s a winter weather warning for you: The gays didn’t take Snowpocalypse sitting down when it crippled Atlanta early this week. They took to the streets to sled, hit any open bar to drink and stay warm, and put their pets out to play. Along the way, they snapped photos and sent them to us for our reader-submitted Snowpocalypse album. Some showed up at Blake’s dressed in their best Snuggie, while others stripped down to play with the pup in the backyard. Freezing temps and underwear don’t usually mix, but they did during this Southern snowstorm. 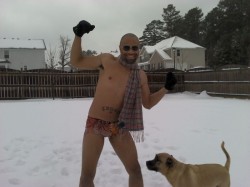 Entertainer Brent Star took to the snow with a bottle of Jim Beam, a Totino’s pizza and his long johns. It is cold, y’all. Still others traversed Midtown to sled the snow-covered hills of Piedmont Park. Some just stayed stuck in their apartments, wistfully overlooking their iced-over community pool and hoping for warmer days (and nearly naked gays). Thanks for sending your photos our way. Snapped some pics during Atlanta’s Snowpocalypse? {encode="[email protected]" title="Email them"} to us and we’ll add to our album. Top photo by Jon Arge; second photo by Omar Vega; third photo by Enrique Vellon