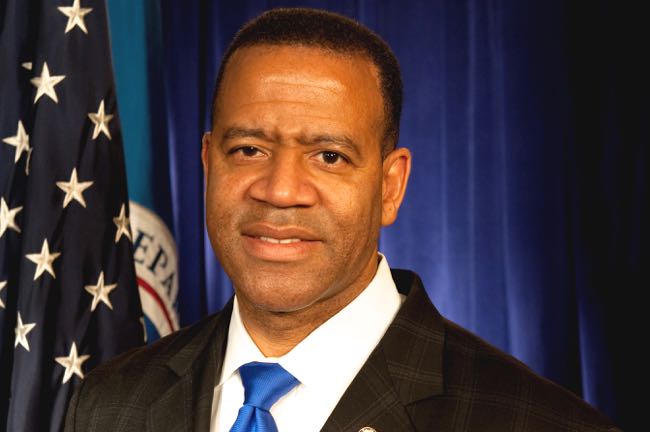 The City of Atlanta agreed to pay $1.2 million to its former fire chief who was fired after writing a book that attacked LGBTQ people and called for celebrating their deaths.

WSB Radio broke the story on the Cochran settlement.

Former Atlanta Mayor Kasim Reed fired Cochran in January 2015 over his self-published book “Who Told You That You Were Naked.” The book included anti-LGBTQ statements and an internal city investigation showed that the fire chief violated city policies.

Cochran sued the city in federal court in February 2015 with the help of anti-LGBTQ legal group Alliance Defending Freedom.

U.S. District Court Judge Leigh Martin May ruled in December 2017 that Cochran’s firing did not violate his constitutional rights to free speech, free exercise of religion and due process. However, May also ruled that the city’s policies requiring pre-clearance for outside employment were unconstitutional.

But it was Cochran and his attorneys who celebrated following Monday’s city council vote.

“The government can’t force its employees to get its permission before they engage in free speech. It also can’t fire them for exercising that First Amendment freedom, causing them to lose both their freedom and their livelihoods,” said ADF Senior Counsel Kevin Theriot, who argued before the court on behalf of Cochran last year. “We are very pleased that the city is compensating Chief Cochran as it should, and we hope this will serve as a deterrent to any government that would trample upon the constitutionally protected freedoms of its public servants.”

Cochran, an evangelical Christian and church deacon, was appointed fire chief in 2008 and left in 2009, only to return to the job later. He served as chief until Reed fired him in 2015.

In the book, Cochran lumps homosexuality with pederasty, bestiality and “all other forms for sexual perversion” and claims they are “unclean” and “whatever is the opposite of purity.” In the book, Cochran also said the death of LGBTQ people and those who take part in extramarital sex should be celebrated.

We reached out to Atlanta Mayor Keisha Lance Bottoms' office for comment about the lawsuit settlement and will update the story if we hear back.

UPDATE | A spokesperson for Mayor Bottoms issued a statement to Project Q saying the city's legal team recommended that the city settle.

The comments of Kelvin Cochran were not reflective of who Atlanta is as a tolerant and inclusive city. While the start of this litigation preceded our Administration, based upon findings of the Court that could have resulted in taxpayers paying millions of dollars in damages and litigation fees, a negotiated settlement was recommended by legal counsel.

Our Administration remains committed to achieving One Atlanta — a city that is fair, just and inclusive. The City is developing the first LGBTQ employee resource group to support our City employees. The hiring of the City's first-ever, full-time LGBTQ affairs coordinator, the establishment of the Mayor's LGBTQ Advisory Board and the funding of the City's first Office of Equity, Diversity and Inclusion are also examples of our commitment to ensuring that Atlanta remains a welcoming city for all.

Bottoms announced the creation of One Atlanta during her State of the City address in May. It is the city's first-ever equity, diversity and inclusion office.

UPDATE | Reed, in a statement to the AJC, stood by his firing of Cochran.

“I believed, and continue to believe, that his actions, decisions, and lack of judgment undermined his ability to effectively manage a large, diverse workforce,” Reed said. “At a time when civil rights, human rights and inclusion are under attack both locally and nationally, this decision sends the wrong message to individuals in the LGBTQ community and to all Atlantans.”