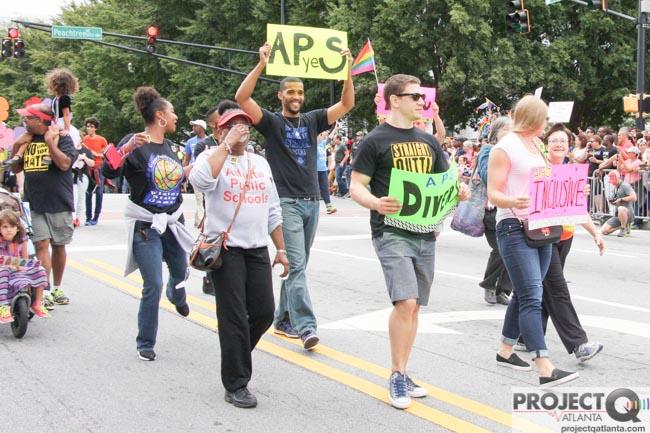 Atlanta School Board Chair Jason Esteves announced the creation of a student-led task force to address the needs of the city’s LGBTQ students.

Esteves said the board has been supportive of gay-straight alliances and has regularly marched in the Atlanta Pride parade.

“But I want to make sure that with those actions comes an overall comprehensive review of what we’re doing to make sure we’re meeting best practices,” he told Project Q Atlanta.

The idea for the task force came about earlier this year when school board members learned about a rash of suicides by LGBTQ students across the country.

“That’s been disturbing to many of us and we’ve wanted to make sure that we’re providing the support in schools to prevent and minimize those occurrences to make sure they don’t happen in Atlanta,” Esteves said.

Around the same time, he spoke with Charles Stephens, the out executive director of the Counter Narrative Project.

“He had mentioned the lack of GSAs in lower-income schools, in schools with predominantly African-American populations and how that’s a gap that needs to be addressed,” Esteves said.

The task force will be comprised of local LGBTQ leaders, teachers, school support staff and administrators. Two students — one LGBTQ and one an ally — will co-chair the task force. Members are being recruited and Esteves hopes the task force is up and running by the end of the year.

“We expect to have [the task force’s] recommendations and presentations to the board by the end of the school year,” he said.

Stephens told Project Q he was “thrilled” by the formation of the task force. He attended elementary, middle and high school in Atlanta.

“This city, a city I have called home my entire life, gives me such hope in these moments,” he said. “I could not be more proud of my city.”

“I also recognize that we have a long way to go, and the creation of this group by no means suggests we are perfect. But I think this signals an opportunity to make a change, and I am excited to be a part of that process,” he added.