Atlanta rapper Lil Nas X comes out: ‘Thought I made it obvious’ 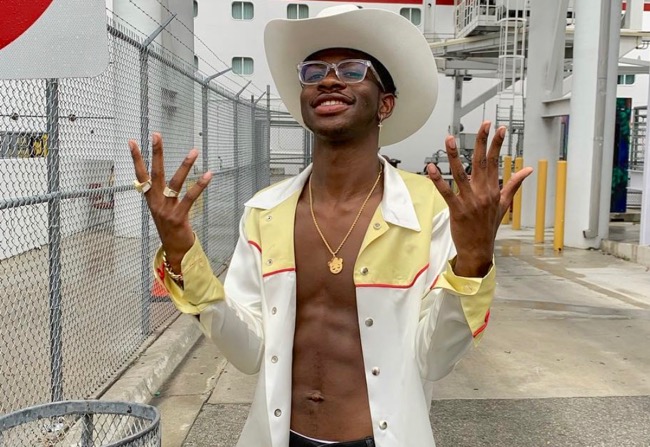 “Old Town Road” rapper Lil Nas X continued a breakout year by coming out on Twitter on the final day of Stonewall Month.

The Atlanta native and Lithia Springs High School grad made the announcement on Sunday.

“Some of y’all already know, some of y’all don’t care, some of y’all not gone fwm no more, but before this month ends I want y’all to listen closely to c7osure,” he wrote, adding a rainbow emoji.

The lyrics from “C7osure” include the following excerpt:

Ain't no more actin', man that forecast say I should just let me grow
No more red light for me, baby, only green, I gotta go
Pack my past up in the back, oh, let my future take ahold
This is what I gotta do, can't be regrettin' when I'm old

Lil Nas X, 20, followed the tweet by posting the album art from his debut EP showing the rapper looking out on a skyline of rainbow-colored buildings.

deadass thought i made it obvious pic.twitter.com/HFCbVqBkLM

Lil Nas X was born and raised in Atlanta and worked at Zaxby’s and Six Flags before pursuing music, according to the AJC. He released the country rap song “Old Town Road” in December, and a remixed version featuring country singer Billy Ray Cyrus was released in April.

The remixed version of the song is now entering its 13th week at the top of the Billboard Hot 100 singles chart.