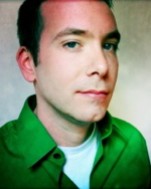 The fifth annual Atlanta Queer Literary Festival is ready to roll Thursday through Saturday. The usual five-day festival was pared down to three this year, but it still packs a free-to-attend LGBT written- and spoken-word wallop.

A switch this year from fall to summer to coincide with Stonewall Week observances meant putting together a festival just eight months after the 2010 edition. AQLF is “leaner and meaner” this year, according to co-director Collin Kelley.

“It was definitely a hectic, time-consuming challenge, but we’re excited about the line-up and diversity for this festival,” Kelley says. 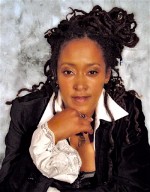 On Friday night, the action moves to the Decatur Library/Georgia Center for the Book auditorium for the AQLF Keynote Addresses by Bryan Borland (top photo) and Theresa Davis (bottom photo).

Borland is founder of Sibling Rivalry Press, which has quickly cemented its reputation in LGBT publishing with notable collections of poetry and the creation of Assaracus, a literary magazine devoted to writing by gay men. Davis is an Atlanta poet and spoken word artist who recently won the Women of the World Poetry Slam.

Also at the Friday event, AQLF presents the winner of the annual Broadside Contest, which was selected by National Book Award-winning writer Mark Doty. Brent Calderwood presents his winning poem after the keynote addresses, and signed limited editions are available during the festival.

Saturday brings a full day of events at the Decatur Library, including readings, panels and workshops. Highlights include award-winning Canadian author Daniel Allen Cox (“Krakow Melt”) reading his work and sitting on an LGBT panel with Craig Gidney of Lethe Press and author David-Matthew Barnes and Kelley. Outwrite Books’ Philip Rafshoon sits on a publishing panel with Borland and Gidney to discuss the state of LGBT books.

For more about the festival and to see the full schedule, visit AQLF online.