Not to be outdone by Mayor Kasim Reed’s recent embrace of Atlanta Black Gay Pride, the City Council put its stamp of approval on this week’s celebration — twice.

“I’m disappointed that I will not be able to attend this year’s event and present the proclamation in person, but I thought it was important to recognize the work that the State of Black Gay America in creating a forum to engage and inform leaders to collaborate on issues affecting the African-American LGBT community,” Wan says.

Council member Michael Julian Bond sponsored a similar measure, this one calling attention to the State of Young Gay America. Bond is scheduled to present the proclamation in person during the event, which is set for Wednesday.

“Now in its fifteenth year, the weekend long celebration has evolved to become one of the most anticipated events in the southeast. Black Gay Pride Weekend reflects the rich cultural history of Atlanta’s lesbian, gay, bisexual and transgender population, and attracts tens of thousands of people annually. The City of Atlanta is proud to host the world’s largest black gay pride celebration which brings a variety of fun and entertainment to all who participate.” 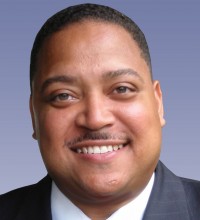 Reed’s charm offensive is similar to one he unleashed last year for Atlanta Pride, when he held a first-of-its kind rooftop reception at City Hall, attended the kickoff party and marched in the parade.

Wan’s proclamation is similar to one he sponsored last year for the Atlanta Pride Committee. He also toasted the start of Atlanta Pride during a reception he hosted with Council member Lamar Willis.

Bond (second photo) is no stranger to LGBT issues. He helped push the City Council to apologize for the botched Eagle raid. He’s also known to belt out the “Love Boat” theme during karaoke at the Eagle and takes part in the Atlanta Pride parade.