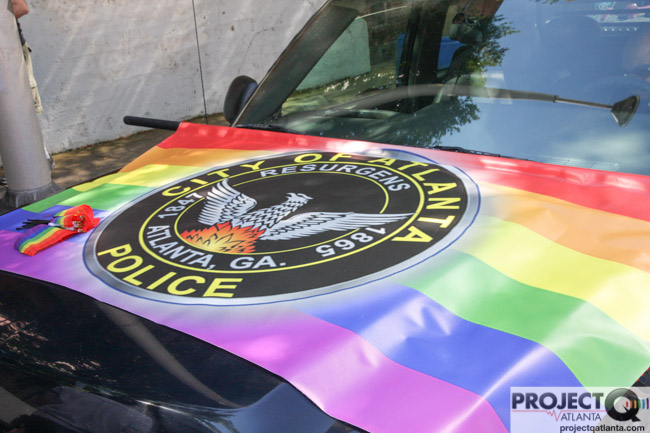 The Atlanta Pride Committee’s executive director wants the Atlanta Police Department to find the person who leaked internal documents to the media.

Jamie Fergerson filed a police report about the incident at APD’s Zone 6 precinct on Hosea Williams Drive on Wednesday. A confidential source provided the internal documents to Project Q Atlanta, which published a story detailing the documents on Wednesday.

An attorney hired by Atlanta Pride recommended in the internal memo and organizational review that the non-profit undergo an audit, overhaul a “clearly dysfunctional” board of directors and replace Fergerson as executive director.

Fergerson told APD that she does not have a time period for when the information was shared nor any possible suspects, according to the incident report.

Patti Richards, the tax attorney who wrote the internal memo and organizational review, told Project Q that the documents were “illegally obtained and illegally leaked.”

Richards added that she’s sent cease-and-desist letters to “at least one person I know who has been illegally using the documents.”

Richards first met with Atlanta Pride’s board in late July in order to help the members “exercise their fiduciary duty to act in the best interest of the organization and not any other organization, individuals or themselves,” according to a memo sent to the board on Aug. 5.

The memo and ensuing organizational review revealed a deeply divided board of directors and an organization that has “lost its mission/purpose.”

Fergerson and Board Chair Trisha Clymore told Project Q they have not had a chance to thoroughly review Richards’ recommendations, since they were sent right before Atlanta Pride weekend. Both expressed confidence in the organization and its members.

Board Chair Sean Cox resigned on Oct. 10 after a failed effort to oust Fergerson. He sent a letter to Atlanta Pride’s board, staff and committee members on Monday warning that the organization is facing “significant financial issues, staff management issues, contract issues” and sponsor complaints.”

Atlanta Pride is a 501(c)(3) non-profit organization that generated over $1.8 million in donations, grants and revenue in 2018, according to financial documents available on its website.