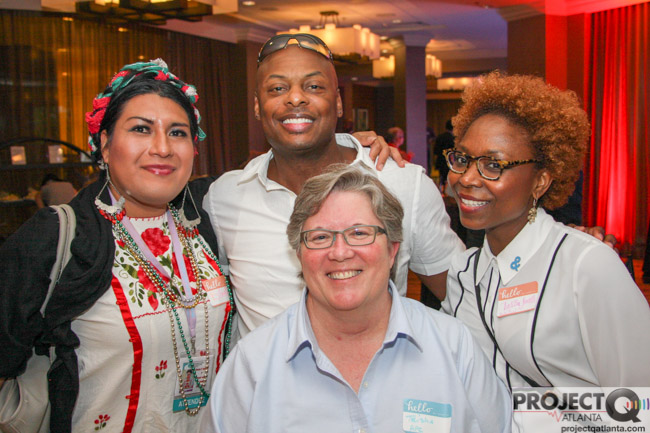 Atlanta Pride introduced a diverse slate of eight grand marshals for the Pride parade, celebrating them with an upscale reception in Buckhead.

Pride unveiled the grand marshals on June 23 but honored them publicly on Tuesday with a reception at the JW Marriott Atlanta Buckhead. The eight people and organizations – ranging from a deaf interpreter to a transgender attorney and activist, and a PFLAG mom – will lead the Pride parade on Oct. 15.