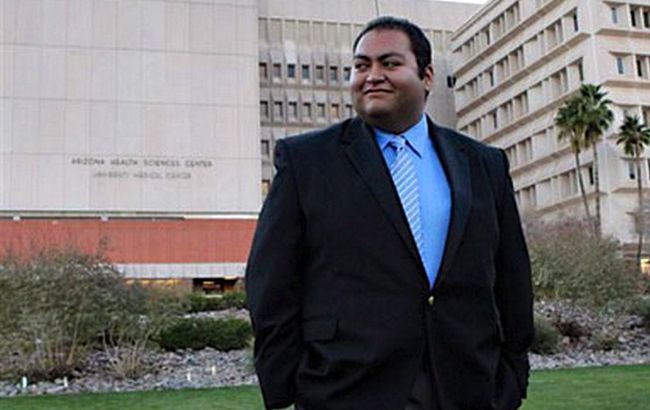 If your gay parts are just itching for a big parade through Midtown, there's news to please you. Atlanta Pride unveiled a trio of honorary grand marshals that includes a true hero, a glass-ceiling shattering Latina sheriff and an award -winning playwright.

Last week, it was a slate of local LGBT activists and allies tapped as grand marshals to lead the Oct. 13 parade. On Thursday, Pride announced its selections for honorary grand marshals, who are residents of places other than Georgia with an outsized reputation for LGBT activism. The list includes Daniel Hernandez, Jr. (top photo), the former Congressional intern credited with helping to save the life of then U.S. Rep. Gabrielle Giffords during a 2011 assassination attempt; Lupe Valdez, the lesbian sheriff of Dallas County, Texas; and playwright Del Shores of “Sordid Lives” fame.

“These individuals live lives of courage, compassion, activism, and visibility, even if those things are done just by going about their daily business,” Pride Executive Director Buck Cooke says in the announcement.

While the Grand Marshals are local activists who are being recognized for their work in and their support of Atlanta’s LGBT community, Honorary Grand Marshals are individuals who do not live in Georgia, who have an international reputation and are committed to LGBT-related causes and activism.

These celebrities will be featured in the annual Parade that kicks off at 1p on Sunday, October 13th.

Buck Cooke, Executive Director for the Atlanta Pride Committee, commented about the Honorary Grand Marshals, “Just as we were excited to honor a group of our hometown heroes and sheroes last week, Atlanta Pride is happy to share this outstanding list of honorees with our community.”  Cooke added, “These individuals live lives of courage, compassion, activism, and visibility, even if those things are done just by going about their daily business.”

Daniel Hernandez Jr.: Daniel Hernandez Jr., 23, is an Arizona native and a recent graduate from the University of Arizona. A first generation college student, he was a congressional intern for the office of Congresswoman Gabrielle Giffords of Arizona’s Eighth Congressional District and while on the job assisting Congresswoman Giffords with a constituent event in Tucson on January 8, 2011, Daniel took actions for which he is widely credited with saving the life of the congresswoman after a gunman shot her and 18 other people. His medical training, quick thinking, and brave actions on that day have caused him to be celebrated as a true American hero, although he humbly rejects the title.

He was an honored guest of the President and First Lady during the 2011 State of the Union address. He also addressed President Obama and a crowd of more than 27,000 people and over 500 international media outlets at the “Tucson: Together we Thrive” memorial on January 12, 2011.

Daniel began his activism in 2007 working on the Hillary Clinton presidential campaign. In 2008 he worked on the Gabrielle Giffords congressional campaign. In 2010 Daniel directed the successful campaign to re-elect State Representative Steve Farley who

currently serves as assistant minority leader in the Arizona State House. As campaign manager he managed all aspects of the campaign including coordination with other candidates from legislative, statewide, and congressional races.

Dedicated to public service and advocacy he has served as a member on the City of Tucson Commission on LGBT issues. He served as a director on the Arizona Students’ Association’s Board of Directors and advocated for affordable and accessible higher education for all Arizonans. At the University of Arizona, Daniel has served in leadership positions with the Residence Hall Association and the Arizona Students’ Association. Daniel attended public schools in Tucson’s Sunnyside Unified School District where he received his training in certified nursing and phlebotomy.

Since 2011 he has been serving on the Sunnyside Unified District’s governing board after his election to that office. Fighting for quality education and to work on solving inequities in his district, which is a minority majority district with over 90% of students on free or reduced lunch and many at or below the federal poverty level. 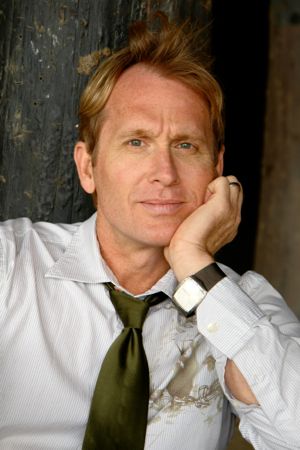 Shores’ career took off with the play Daddy’s Dyin’ (Who’s Got The Will?) in 1987, which ran two years, winning many Los Angeles theatre awards, including LA Weekly’s Best Production and Best Writing.  The play has subsequently been produced in over 2,500 theatres worldwide.  A movie version of Daddy’s Dyin’ was released in 1990 by MGM starring Beau Bridges, Tess Harper, Judge Reinhold, Keith Carradine and Beverly D’Angelo. Shores wrote the screenplay and executive produced the film.

Sordid Lives, his fourth play, opened in Los Angeles in 1996 and ran 13 sold-out months.  The play went on to win 14 Drama-Logue Theatre Awards, including three for Shores for wring, directing and producing. There have since been over 300 additional stage productions of the play.

In 1999, Shores wrote and directed the film version of Sordid Lives starring Beau Bridges, Delta Burke, Olivia Newton-John, Bonnie Bedelia, Leslie Jordan and Beth Grant along with most of the cast from the play.  Opening in only eight theatres across the country, the little film that could took in nearly two million dollars in its limited release. The movie became a cult phenomenon and became the longest running film in the history of Palm Springs with a record ninety-six weeks.

His play Southern Baptist Sissies followed, and it enjoyed a ten-month sold-out run in Los Angeles in 2000. Revived in 2002, Sissies had another six month sold-out run. Shores received the LA Weekly, Robby and Maddy for Best Direction and the Backstage West Garland, Robby and Maddy for Best Writing.  The play was also awarded the prestigious GLAAD Award for Outstanding Production of the Year.

In 2006, Shores revived three of his plays (Sordid Lives, Southern Baptist Sissies, The Trials and Tribulations of a Trailer Trash Housewife) in Los Angeles before taking to the road for a successful six city national tour, starring Delta Burke and Leslie Jordan, which played in 1000-1700 seat houses.

In addition to Sordid Lives: The Series, in television Shores has written and produced for many shows includingDharma and Greg and the last three seasons of the ground-breaking Showtime series Queer as Folk.  He also wrote, directed and produced the Showtime movie The Wilde Girls, starring Olivia Newton-John and Swoosie Kurtz.

In 2009, Shores hit the road and played 34 cities to sold-out houses with his one-man show Del Shores: My Sordid Life. The DVD was filmed and released in 2012 by Breaking Glass Pictures.  He also performed stand-up with various Sordid Lives stars including Rue McClanahan, Caroline Rhea and Leslie Jordan in A Sordid Affair, playing large theatres in Dallas, Atlanta, Ft. Lauderdale and Raleigh as well as four nights at Comix in New York City.

In the summer of 2011, Shores took to the road again, selling out his new stand-up show Del Shores: Sordid Confessions in 40 cities.   Shores returned to his home state of Texas in January of 2012 to film the show at the famous Rose Room in Dallas.  Breaking Glass Pictures released the DVD to rave reviews.  His stand-up career continued to explode and he launched his third national tour in 2012 with Del Shores: Naked.Sordid.Reality.  The tour became his most successful and he will return to the Rose Room to film the show in March 2013 and will have performed Naked over fifty times.

Shores also recently returned to acting and completed principal photography, co-starring in the independent feature Cry, due in film festivals and theatres in 2013. 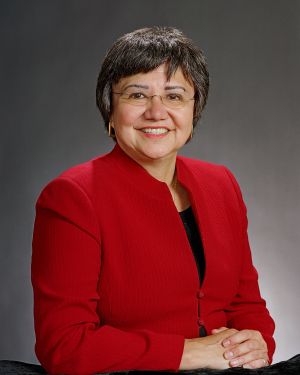 Lupe Valdez:  Lupe Valdez was elected Sheriff of Dallas County, Texas on November 4, 2004.  She took the rank of the highest-ranking law enforcement officer in the County of Dallas on January 1, 2005.  Sheriff Valdez is one of a few female sheriffs in the State of Texas.  Sheriff Valdez is the only Latina Sheriff in the Nation.   Sheriff Valdez has been in Law Enforcement for more than 30 years both Federal and State.  On November 6, 2012, she was re-elected to serve another four years.

Prior to becoming Sheriff, Lupe worked to protect the lives and property of American Citizens at home and abroad in homeland security, antiterrorism investigations and criminal law enforcement.  She has been featured in several books by well-known authors.

As a young child, Lupe learned strong work ethics.  She put herself through college to earn a Bachelor’s Degree in Business Administration from Bethany Nazarene College (now Southern Nazarene University) while sometimes working up to two jobs.  By developing sterling work habits, she propelled her career in law enforcement.   She demonstrated her commitment to constant improvement and education by earning a Master of Arts in Criminology and Criminal Justice from the University of Texas at Arlington.

While Sheriff, she has worked diligently to address deep structural problems that developed over the preceding 20 years.  Understaffed, overpopulated, medically deprived and conditions that were unsanitary.  In the past seven years, with the partnering of Parkland Hospital, Commissioners Court, County Probation Office and the District Attorney’s Office, she has succeeded in accomplishing:

Lupe’s commitment to public service continues by having served as member of:

Sheriff Valdez is featured in the HBO Documentary, “The Out List.”   Recently she received a Women’s Leadership Award by the National Gay & Lesbian Chamber of Commerce.

Each of the honorees added their own comments about this designation by the 2013 Atlanta Pride Committee: Daniel Hernandez Jr. stated, “I am honored to help celebrate and honor the gay, lesbian, bi-sexual and transgender community in Atlanta.”  While Del Shores, true to form, noted, “I'm so honored to be one of this year's Honorary Grand Marshals for the 2013 Atlanta Pride Parade. I have so many friends and fans in Atlanta, have shot a movie there (“Blues for Willadean”) and my one-man shows in Atlanta are always are some of my biggest tour crowds and favorite audiences. Plus, Atlanta men are hot! I'm grateful, very grateful.”  And finally, Sheriff Valdezadded, “I have always lived my life with honor and dignity and to be selected as one of the Honorary Grand Marshals of the 2013 Atlanta Pride Parade confirms that others recognize that being true to who and what you stand for is one of the most important aspects of life. I was raised to always do and be the best at whatever it is in life I chose to do, and I thank you for the honor.”