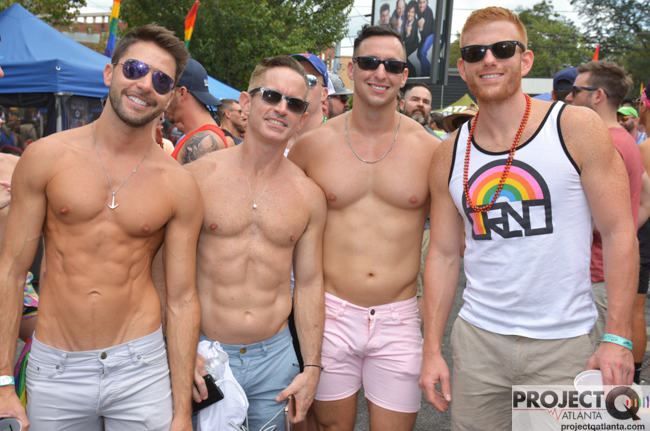 Sunday Funday got its ante upped on Pride Weekend. The weekly indoor-outdoor festivities at Ten on the corner of 10th Street and Piedmont Avenue became a hub for the annual Atlanta Pride Parade.

The parade takes its biggest turn right where the party meets each week on the southwest corner of Atlanta’s Rainbow Crosswalk. That’s also the spot that naturally draws more parade watchers, so the excitement came to a fever pitch.

All those factors creating gay ground zero made it the perfect place for Ten Atlanta to throw its Pride Block Party. Of course, multiple outdoor bars, perpetual beats, and an unmatched environment like no other brought out shirtless, muscled guys, so the formula for a perfect Pride was complete.