ATL’s Pride parade in photos—hundreds of them 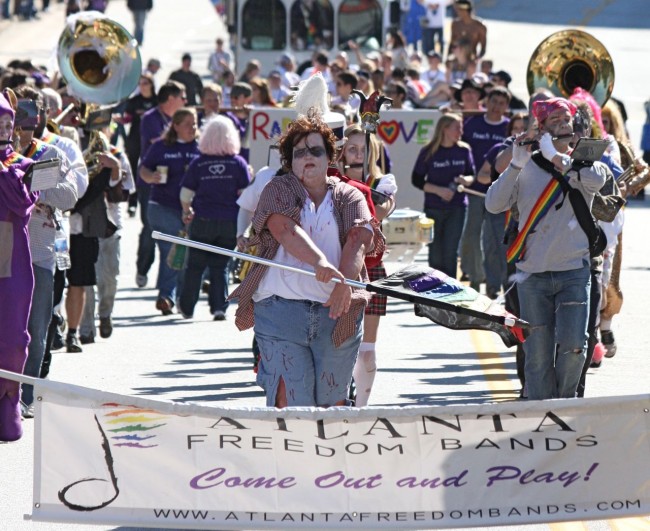 How many parades in Atlanta can boast of both a drum major and baton twirler in drag, dykes on bikes, churches and soapy Latin guys? Ah, yes, there can only be one Atlanta Pride Parade.

A collection of nearly 170 entries worked the route along Peachtree Street to 10th Street with a crowd of thousands watching on Nov. 1. There were political candidates and police, sports and outdoors groups, dykes on motorcycles, award-winning floats and even a few hunks. 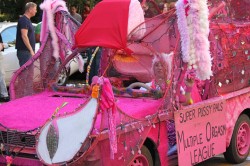 And we’ve got the photos to show it off. Nearly 350 new ones, in fact. So if you’ve already checked out the photos we’ve been delivering to you in the days since Pride, you still haven’t seen these yet.

Sit back, relax and get to clicking through the largest collection of Pride parade photos you’ll find online. View the album.

There’s more Pride photos where those came from: 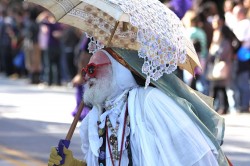 You can also read all of our Pride coverage.