Atlanta Pride nightlife gets an extra three hours to party 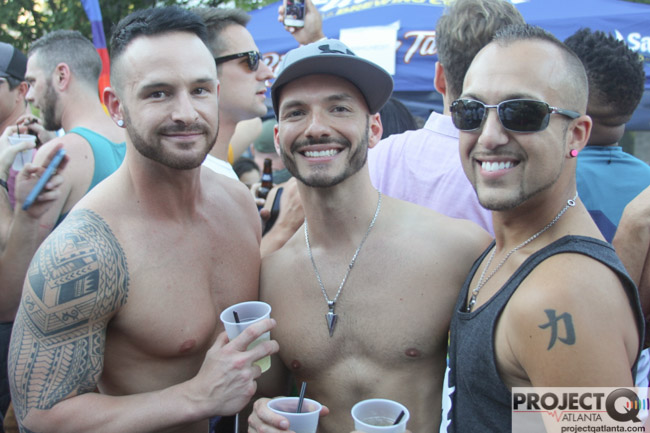 Bars across Atlanta will get to stay open an extra three hours on Sunday night of Pride weekend next month, continuing a tradition that pushes back last call for the big gay holiday weekend.

The move – shifting closing from midnight to 3 a.m. on Pride Sunday into Monday – is thanks to a vote Monday by the Atlanta City Council. The measure, sponsored by City Council members Alex Wan and Carla Smith, comes just weeks after Atlanta police ordered four businesses – two LGBT bars and two gay-popular restaurants – to close early on the Sunday of Black Gay Pride. Police forced the business closures despite a city ordinance that allows bars and restaurants to remain open until 3 a.m. on four holiday weekends, including Labor Day.

After the controversial closings, Wan said he would propose the extended Pride bar hours and work with Atlanta police to avoid any problems in the future.

“I learned just this morning of the Monday morning early closures of the bars/restaurants at 10th and Piedmont,” Wan said in a statement release Sept. 5. “I immediately communicated my extreme disappointment directly to the Zone Commander that these establishments in our community were impacted. APD has assured me that they are enhancing their deployment and communications protocols to prevent this from happening again, and I will follow that closely, particularly as I am introducing legislation today for extended hours on Pride weekend.”

The Atlanta Pride Festival is Oct. 14-15 and packs quite an entertaining punch.

Party on, Pride-goers. But please, someone get the memo to Atlanta police.