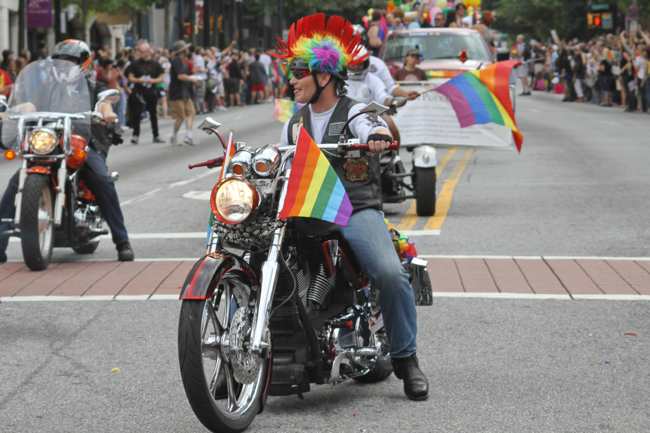 Atlanta Pride celebrated its largest-ever parade on Sunday, a mammoth march that snaked its way along Peachtree and 10th streets before cheering crowds that couldn’t get enough of the rainbow revelry. From grand marshals (and honorary ones, too) to Atlanta police officers, elected officials, religious organizations and more, the hours-long event attracted thousands to the Midtown route. The parade opened with its traditional loud and proud dykes on bikes and closed with the hum of city street sweepers and garbage trucks to clean up. In between were more than 200 entries, including a cast off Pride volunteers carrying the massive rainbow flag that collects cash donations from supporters along the route. But before there’s a parade, there’s plenty of prepping, tucking and hammering (view photos) in the parade staging area downtown. Want to share your Pride? Enter Project Q’s Show Us Your Pride Photo Contest.