Atlanta Pride brings the White House to its gays 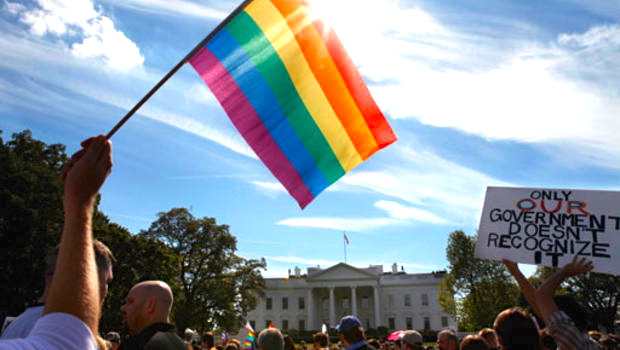 When an Obama official comes to Atlanta, we take notice. When it’s for a full day of L, G, B and T, we get out our rainbow flags. When it comes with food for equality, we're in. You can be too.

When they’re not saving our gay asses in the Georgia Statehouse or kicking off Southern marriage equality with Atlanta Mayor Kasim Reed, Georgia Equality is networking for the bigger picture. Now they come together with Atlanta Pride to do us another solid.

The State of LGBTQ Equality Breakfast takes place March 9, and you are invited. Atlanta plays host to Pride officials from the Southeast and Northeast U.S. all weekend, but this event is open to the public. A panel of speakers from the White House, national HRC headquarters, and the Equality Federation are scheduled, Pride announced on Tuesday.

The star of the seminar is Gautam Raghavan, Obama’s associate director of public engagement and White House LGBT liaison. He moves from the breakfast at the W Atlanta Midtown to the Georgian Terrace that afternoon for a free talk about gay issues in the Affordable Care Act.

Below is the full release from Atlanta Pride Committee.

Atlanta Pride Committee, Inc., is proud to host speakers from the White House, the Human Rights Campaign, and the Equality Federation to discuss the state of our LGBTQ equality movement at the national and state level. Our program will be moderated by Cain Williamson, InterPride Vice President and a member of the Atlanta Pride Board of Directors, and will feature remarks from:

The event is open to the public and tickets are $50.00 per person and include a southern breakfast (scrambled eggs, biscuits and sausage gravy, grits, chicken hash, breakfast pastries, yogurt, fresh fruit, and coffee) as well as admission into the seminar.

Tickets can be purchased on line here.

The event is part of the Northeastern Regional Prides (NERP) and Prides of the Southeast (POSE) Joint Conference being hosted by Atlanta Pride at the W Atlanta Midtown March 6-9. NERP and POSE are two regions of InterPride, the global organization of Pride planners.

Buck Cooke, Executive Director, said of the program, “All of us at Atlanta Pride are extremely excited to bring a conversation of this magnitude to our city, especially given the current possibility of discriminatory legislation in GA and a number of other states. By getting the big picture from The White House and the Human Rights Campaign and then discussing the topic in terms of how LGBTQ equality can play out at the state level, this is a unique opportunity to examine this issue from many sides, both for the visiting Pride organizers and our local community. “