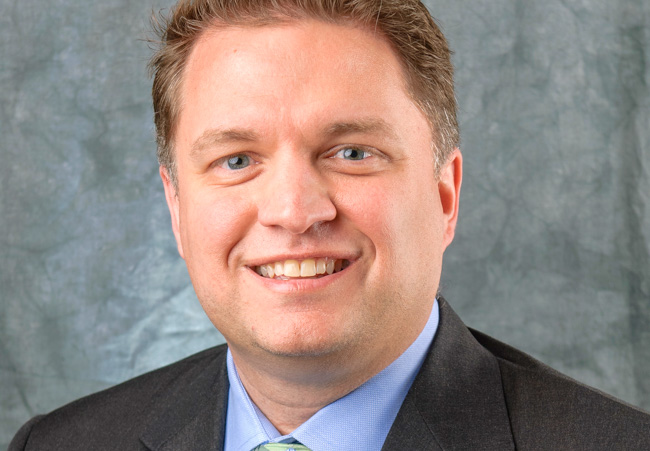 The chair of the board of directors of the Atlanta Pride Committee resigned after a failed effort to oust the group’s executive director.

Sean Cox, who resigned Oct. 10, warned that the non-profit is facing “significant financial issues, staff management issues, contract issues” and sponsor complaints, according to a letter he sent to Atlanta Pride’s staff, board and committee members on Monday. The letter was obtained by Project Q Atlanta.

Cox said Atlanta Pride has “plenty of willing corporate sponsors and, therefore, plenty of money,” according to the letter.

“But what that money tends to cover up in the short term, is lack of effective leadership and management within the organization,” he wrote. “As a community, we often select people who may be great ‘for the cause’ activists, or people who have been involved with an organization for a long time, to lead our LGBTQ+ organizations.”

Cox (top photo) resigned from the board after five years as a member and two years as chair, according to the letter. The move came just a day before the kickoff party for the annual Atlanta Pride weekend.

Cox had pushed for the ouster of Jamie Fergerson, who was hired as Atlanta Pride's executive director in 2015. She was a former board member and longtime volunteer with the organization before being named executive director.

Cox, a small business owner, warned that having an executive director without the necessary business management skills “can spell ruin for any organization,” according to the letter.

Cox worked with Fergerson since her hiring “to try to raise the level of business acumen, to try to coach and develop, and to push for more accountability,” he wrote. But he found “problem after problem and resistance to the push for change and growth.”

Cox said that Atlanta Pride has lagged behind “significantly” in financial growth since 2016 compared to other Pride organizations. He added that about 75 percent of the group’s 2016 to 2020 strategic plan “is off-track or failed.”

Cox discussed Fergerson’s alleged issues with the rest of the Atlanta Pride board, according to the letter. It’s unclear when this conversation took place.

“While nearly half the board agreed that a change was needed, others on the board felt that I should leave the organization because I had proposed this change,” he wrote.

Fergerson (second photo) hit back at much of what Cox claimed in his letter and claimed he violated internal Atlanta Pride policies.

“It’s unfortunate he’s taking this tactic,” she told Project Q Atlanta. “The letter contains a number of errors and things that are not truthful or accurate.”

She said she wants to remain on as Atlanta Pride’s executive director.

“Just to be clear, the majority of the board has voted to support that,” she said.

Fergerson also claimed that the board presented Cox with a motion to remove him based on violations of Atlanta Pride’s confidentiality and ethics policy.

“Because I’m bound by those same policies, I can’t say anything more than that,” she said.

Fergerson disputed Cox’s claims that Atlanta Pride is in financial trouble. She pointed out that the group’s financial forms are public information.

“You can look at them and see that we have beaten budget every year since 2015, we have strong reserves and that this year’s festival is financially the best we’ve ever had,” she said.

“It’s unfortunate that people will let individual differences of opinions let things muddy what has been a successful organization. The organization is quite healthy in that regard,” she added.

Term limits for board recommended

Cox said in the letter he could no longer do his job as board chair after the failed vote to oust Fergerson. Some board members “were going to fight anything I suggested,” according to the letter.

“While my intent was to stay through the festival to limit any distractions, it became clear that my staying was actually going to create more of a distraction, so I felt the best course of action for me was to take my leave,” he wrote.

Cox also called for the board to place term limits on its members. An outside attorney hired by Atlanta Pride made the same recommendation, according to the letter.

“Effective boards need new and fresh ideas, new people, not for the same people to stay forever,” Cox wrote. “That sort of thing leads to entrenched power, it’s not in the best interest of any organization, and should be addressed.”

Fergerson said the board is still reviewing the report, which arrived just before the annual festival earlier this month. She doesn’t “have a strong feeling” on term limits for board members.

“Our board right now has a couple of people who have been around a long time, a lot of new people and a lot of people in the middle,” she said. “I will say there is not a problem right now with the longevity of board members.”

Trisha Clymore, Atlanta Pride’s board vice chair, has taken over the role of chair, according to Fergerson. Clymore served as board chair when Fergerson was hired.

“It will be up to the board as a whole whether they want to fill [the open board seat] in the next two months or wait until the regular elections,” she said.

The Atlanta Pride Committee’s next board meeting is Oct. 27. It will hold board member elections in December.

Clymore did not immediately respond to Project Q’s request for comment on Cox’s letter.