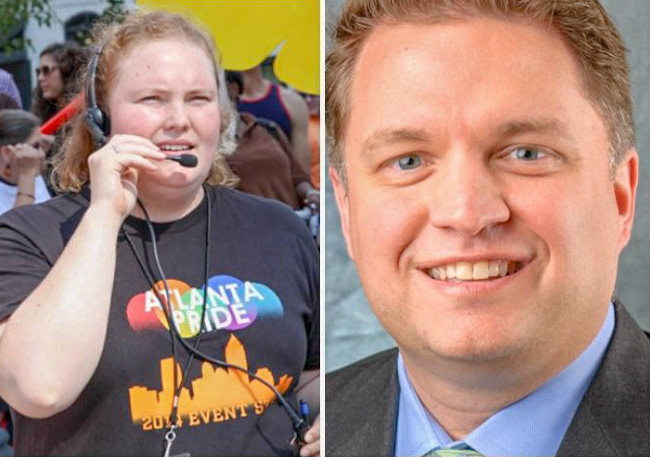 An outside attorney hired by the Atlanta Pride Committee advised the non-profit to undergo an audit, make wholesale changes to a “clearly dysfunctional” board of directors and replace the group’s executive director.

Tax attorney Patti Richards of the Richards Law Firm made the recommendations in an internal memo and organizational review obtained by Project Q Atlanta.

Richards first met with Atlanta Pride’s board in late July in order to help the members “exercise their fiduciary duty to act in the best interest of the organization and not any other organization, individuals or themselves,” according to the memo sent to the board on Aug. 5.

The memo and ensuing organizational review reveal a deeply divided board of directors and an organization that has “lost its mission/purpose.”

“The board is clearly dysfunctional,” Richards wrote in the memo. “I noted a few common themes and a lot of distrust and realization that the status quo was not sustainable.”

The board was divided over whether to replace Executive Director Jamie Fergerson, and “there was a previous vote of 7-6 to retain her,” according to Richards.

There were no reasons listed for why some board members wanted Fergerson (top photo left) replaced.

Richards recommended that the board come up with a compromise in the short term, citing Fergerson’s longtime involvement with the organization and the annual Atlanta Pride festival fast approaching. Fergerson was hired as Atlanta Pride's executive director in 2015. She was a former board member and longtime volunteer with the organization before being named executive director.

Atlanta Pride is a 501(c)(3) non-profit organization that generated over $1.8 million in donations, grants and revenue in 2018, according to financial documents available on its website. 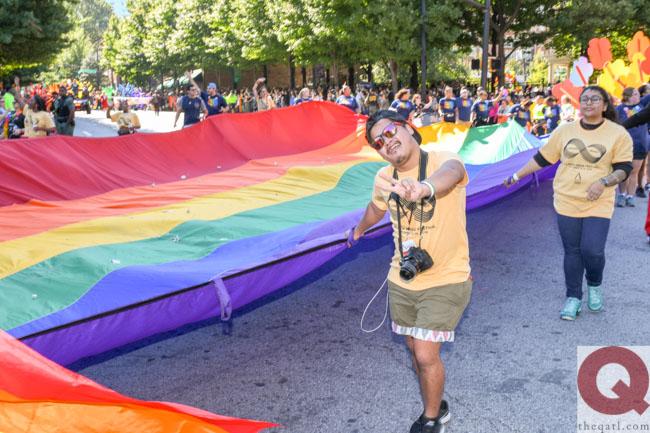 Friction between ED, board chair

Fergerson and former Board Chair Sean Cox were so at odds that Richards recommended in her August memo that two other board members communicate with Fergerson in Cox’s (top photo right) place.

“The goal is to end direct communication between the ED and the chair and let the ED do her job for the remainder of the year without interference and by being included in board meetings,” Richards wrote.

Due to the “hostile environment” and the board’s lack of confidence in Fergerson, Richards recommended to then-Vice Board Chair Trisha Clymore that the board start looking for a new executive director after the Atlanta Pride festival. The festival took place Oct. 12-13.

Cox resigned as board chair on Oct. 10. Clymore subsequently took over as board chair. He sent a letter outlining his concerns about the organization to Atlanta Pride's staff, board and committee members on Monday. Cox warned that the non-profit is facing “significant financial issues, staff management issues, contract issues” and sponsor complaints and that Fergerson should be replaced.

Richards interviewed three unspecified people for four hours in order to put together her organizational review, according to the report she submitted to the board on Oct. 3.

“All are exhausted and discouraged by the dysfunction of the board, various egos, negativity and lack of communication with the staff,” she wrote. “Some view this as an issue that has been around far too long and believe the lack of structure and cohesiveness is historical. It clearly affects their job performance and their desire to continue a relationship with the organization despite their passion for its issues.”

Atlanta Pride has no legal risks related to harassment, discrimination or retaliation, but there are “organizational and operational risks … e.g. members of the board making comments that to some might seem to be discrimination, retaliation or harassment.”

Richards recommended that an auditor review Atlanta Pride’s internal controls and make recommendations to make record keeping more “manageable, efficient and modern,” according to the report. She also advised that the board create a Finance & Governance Committee to make sure the organization is compliant with financial reporting.

Richards recommended that Fergerson always be included on all board distribution lists, notices and meetings.

“Goal is full disclosure and transparency for all you do; cut the politics,” Richards wrote.

Richards added that Fergerson has too many responsibilities and that Atlanta Pride should consider bringing on additional staff or delegating some work to committees or volunteers.

Attorney: New faces needed on board

Richards advised that term limits be instituted for board members “to bring in fresh and younger members.” Cox recommended the same thing in his resignation letter.

Atlanta Pride needs more diversity “with everything,” especially members under the age of 30, according to Richards.

Richards called on the board to do some soul searching.

“Some think the board has lost it mission/purpose — it isn’t just social justice or an exclusive party/capitalistic festival, but the composition of the board and committees needs to reflect and help those in need,” she wrote. “Hard to describe who you are if you do not know who you are.”

Atlanta Pride’s next board meeting is Oct. 27.

Fergerson and Clymore told Project Q that they have not had a chance to thoroughly review Richards’ recommendations, since they were sent right before Atlanta Pride weekend.

“There are certainly some good ideas in there, and we’re always looking to improve and do good governance,” Fergerson said. “All non-profits should regularly undergo these things. There were certainly mitigating factors that caused us to do this at this time.”

Fergerson also pointed out that Atlanta Pride hires an accountant to do an annual audit, and that it’s publicly available on the group’s website.

Fergerson plans on staying on as executive director of Atlanta Pride.

“I’m here, I have the support of the majority of the board,” she said. “It has been a difficult year and the former chair and I had a number of differences of opinion. But no one who cares about the organization is willing to malign the organization in public or actively work against its mission.”

“I am here to serve the mission and improve the organization however I can,” she added.

The group has filed a police report about the release of Richards’ memo and internal review, according to Fergerson. Clymore said it was “a shame” that the internal documents were released.

“Not that we’re trying to hide anything, but we take confidentiality very seriously,” she said.

“I have great confidence in this board and the people on the board and the organization itself. There’s nothing here to find. It’s a difference of opinion, and it basically comes down to that,” she added.

“This is a fabulous organization and it’s in great physical health and it will continue to service the community,” she added.

UPDATE | Richards sent a statement to Project Q claiming that her comments recommending the removal of Fergerson were taken out of context.

“The articles released contain information illegally obtained and leaked from numerous privileged and confidential communications of the APC executive committee (officers) and the board of directors beginning near the end of July through early October 2019,” she said. “The documents relate to the board of directors’ desire to improve its governance practices to benefit APC as a whole. This was a commendable exercise that most nonprofit organization undertake from time to time.”

“It is very disappointing to see that someone in the organization violated their fiduciary duty to APC, an otherwise fiscally-sound organization that serves a great community,” she added.