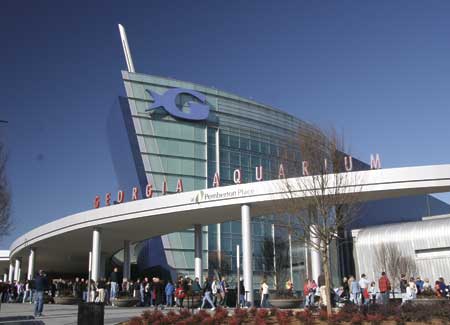 With the successful Stonewall Week behind them, the Atlanta Pride Committee is shifting its focus to the main event — Pride set for Oct. 30 to Nov. 1 in Piedmont Park.

Organizers announced early Tuesday that the two-day festival will open with the Official Pride Kickoff Party at the Georgia Aquarium on Oct. 30. The four-hour event includes DJ Martin Fry and special after-hour viewings at the aquarium with the Pride Committee benefiting from a portion of the $20 tickets to the event.

The Georgia Aquarium, the four-year-old facility in downtown Atlanta, offered discounted ticket prices to visitors during Stonewall Week in late June. The facility, with more than eight million gallons of water, is the world’s largest aquarium.

The announcement of Pride’s opening night comes as other events leading up to the festival are also taking shape. Las Margaritas on Sunday opened the first of four monthly events called Papi’s Countdown to Pride that benefit festival organizers and a weekly bar crawl runs each Wednesday beginning Sept. 16.

Pride is also asking supporters to become a Friend of Pride by donating online. Individuals contributing between $1 and $1,500 receive various benefits for their donation.