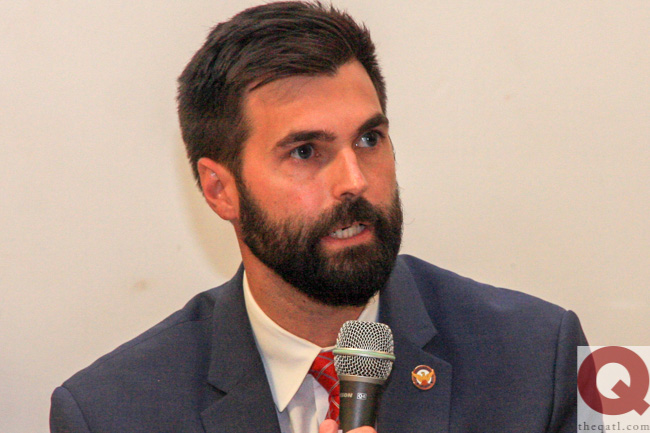 Atlanta will experience a 60 percent cut to its federally-funded housing program for low-income people with HIV in the next two years, according to a consultant hired by the city.

City officials addressed the looming cuts and other longstanding issues with its Housing Opportunities for People With AIDS (HOPWA) program at a community meeting on Tuesday. Some 100 advocates attended the meeting held at the DeKalb Board of Health.

The U.S. Department of Housing & Urban Development issues HOPWA grants to cities, which are in charge of disbursing the funds to HOPWA agencies. The agencies use the money to subsidize the rent of low-income people with HIV.

But HUD is making “drastic changes” to the formula used to determine that grant amount, according to HOPWA consultant Darlene Matthews.

“By the time we get to fiscal year 2021, our award is going to be $9 million — from a high of $23 million,” she said Tuesday. “So, planning around housing and how we’ll use our award is really critical over the next few years.”

Atlanta will experience the second-largest HOPWA funding cut of any city in the U.S. (behind New York City), according to Matthews.

The city — which has been aware of the cuts for years — called the meeting to continue getting community feedback on the HOPWA program’s policy priorities. The city will then present that to HUD to determine the amount of funding the program receives in the coming years.

The planning comes as HUD continues a federal investigation into the city’s HOPWA program. HUD is looking into major delays in payments to housing agencies, the city having over $30 million in unspent HOPWA funds going back to 2014 and an eviction crisis sparked by a dispute with a now-shuttered HOPWA agency.

About 2,800 people with HIV across metro Atlanta use the HOPWA program. 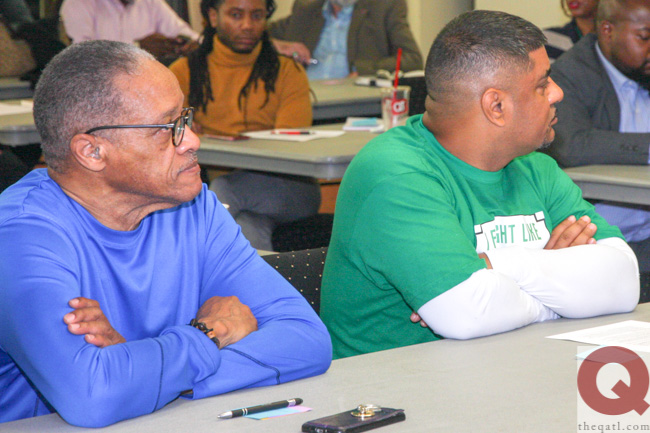 Advocates at Tuesday’s meeting criticized the city for a lack of communication about the public meetings.

Matthews said the communication issues are due to the city juggling a restructuring of its HOPWA program and moving a vital central intake process to a new agency while preparing for the looming program cuts.

“We are at this awkward time where the city is making these big and bold drastic changes,” she said. “We’re trying to make sure that we have enough communication and the appropriate forms of communication. I think there’s a lot of ways we could do to improve that.”

One advocate asked if the city could delay the plans to be submitted to HUD so that more community feedback could be gathered.

“The reality is if we delay the [plans], then we delay funding from the city,” Deputy COO Jon Keen (top photo) said. “So it’s not in the benefit of the people in this room to delay the deadline for the consolidated plan.”

The city will continue gathering feedback at two workgroups established by the recently-rebooted HOPWA Advisory Council. A central intake workgroup meets twice monthly and a data workgroup meets monthly, according to Keen. It’s unclear when those next meetings will occur.

The city is also working on closing the gaps between when HUD awards the HOPWA grants and when the city disburses the funds to agencies.

“I think [2020] will be a good example of where we’ll be able to get those aligned and make sure they’ll stay aligned,” Keen said.