Opera does queer history with a different side of Brigitte Bidet 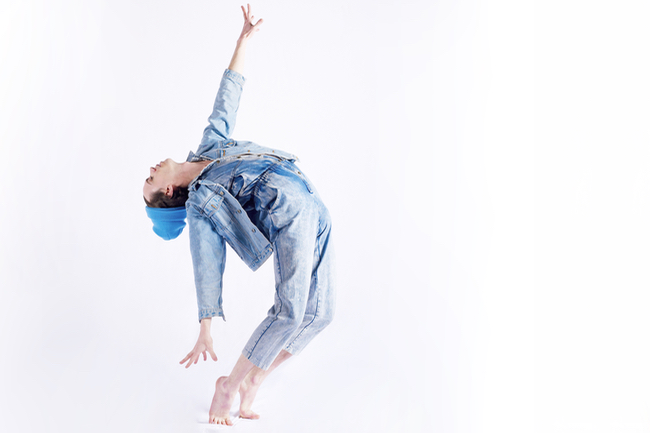 If you’re familiar with gay nightlife in Atlanta and its menagerie of personalities, you already know Josh Rackliffe, you just didn’t know that you know him. Now the dancer is a featured performer Atlanta Opera’s new Out of Darkness.

The show is not only queer inclusive in the casting, but in its dramatic stories.

So who is Rackliffe? He’s known more widely as Brigitte Bidet, the doll-faced blonde who corrals the queens of the Tossed Salad show each Sunday at My Sister’s Room. Her audiences know that she dances, but may not realize the full scope of her non-drag life on the stage.

“Brigitte likes to brag about being a ‘classically trained dancer,’ but I don't think people really understand that you can make a living this way or that it's a ‘real job,’” Rackliffe tells Q. “I would love to see more crossover between drag and dance audiences because people appreciate all sorts of entertainment and art.”

The Atlanta Opera’s Out of Darkness, opening this week at Balzer Theater, is a great chance for that crossover audience, he says.

“It features queer representation in an esteemed art form, which is very important, especially during these political times,” he adds.

Between a fulltime job in dance and Brigitte’s nightlife performances, Rackliffe has spent recent weeks in rehearsal for his part in the contemporary opera.

He steps in during Act II, which tells the story of Gad Beck, a gay man who survived the Holocaust even as his first love, the poet Manfred Lewin, was murdered at the Auschwitz concentration camp. As an old man, Gad tries to forget the horrors but keeps a book of Manfred’s poetry. In Out of Darkness, he is visited by Manfred’s ghost.

“As Manfred implores Gad to remember and celebrate their love, the painful truth of their stories and fates emerges,” Atlanta Opera teases.

It is estimated that more than 100,000 men and women were imprisoned for homosexuality during the Holocaust. It’s not known how many thousands were murdered. Paragraph 175, the German law prohibiting homosexuality that was used to justify their imprisonment and slaughter, remained in effect until 1969.

“People may think of opera and ballet as these slow-moving, old school institutions, but that isn't the case any more, and I think audiences are ready to see more updated scenarios playing out on stage.”

Apart from the show with Atlanta Opera, Rackliffe works as a member of Core Dance. He’s been dancing 11 years and loves the art form allows.

“Dance is so important because it's an art form that uses the human body as its medium, and so many people can relate to seeing another person express themselves through movement,” he says. “Core creates new and original work, in a wide range of styles with many different choreographers.

“It's through these experiences with Core that I met John McFall, the choreographer of Out of Darkness,” the dancer adds. “He was the Artistic Director of the Atlanta Ballet for 21 years, and is greatly respected for his contributions to the dance world in Atlanta and abroad.”

Out of Darkness runs April 5-15 at Balzer Theater. You can also visit Core Dance online, and find out more about Atlanta’s dance scene from Dance Atlanta. Brigitte Bidet performs at Blake’s and Mary’s, and hosts Tossed Salad every Sunday night at My Sister’s Room.

This article originally appeared in Q magazine. Pick it up around town each week at LGBTQ-friendly drop spots,and read the digital version below: